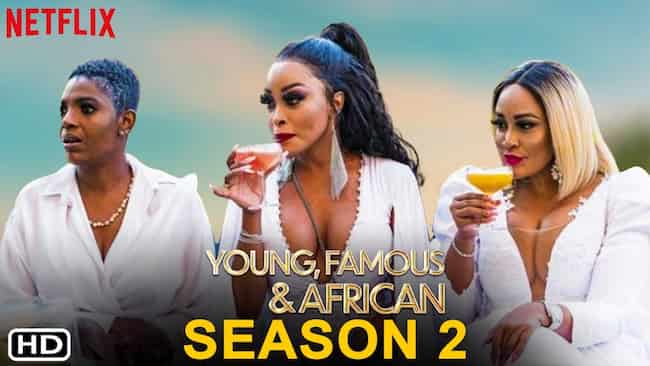 Young Famous and African Season 2 Release Date, Cast, Storyline, and Everything You need to know:

Netflix released the very first season of the reality series Young Famous and African in March. Within such a short period, it has already been renewed and fans are already impatient!

Since the premiere of the series Young Famous and African, it has been quite the show, which was loved by the fans. With the second season already in the works, let’s take a look, at what this series is exactly about.

This show revolves around some of the most popular rich personalities from Nigeria, South Africa, and East Africa. Most of them are into acting, fashion, music, business, and similar careers.

Netflix has not yet released any official notification regarding the release date. Fans are waiting quite eagerly, as they loved the format as well as the concept of this reality series.

It is expected that the Young Famous and African Season 2 will be released by the first half of 2023.

The first season of the show was all about a group of friends and their dating lives. Even, some of them were ex-lovers which made it quite interesting. We saw some love triangles, patch-ups as well as break-ups too.

With all such exciting drama and storyline of the show, the show has become quite popular. Moreover, being the first African reality series on Netflix, the show has done very well.

As the first season ended with some unresolved things, fans are expecting some answers along with specific solutions. There was a breakup between Nadia and Vic. If so, she might be taking her relationship with Diamon Platinumz to next level.

It will be interesting to see original cast members along with their stories moving forward. Moreover, getting a new cast would also be a unique idea as they will come with their own professional scenarios and personal life, of course.