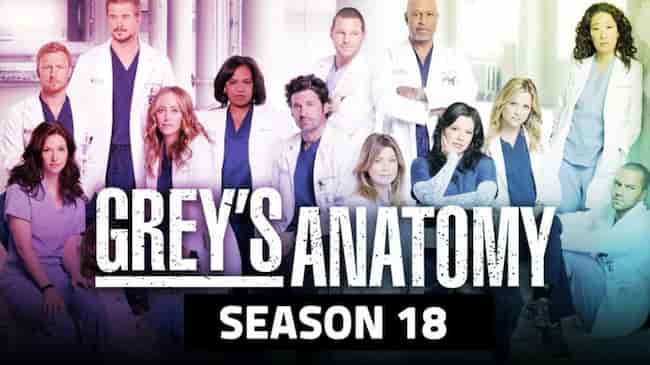 When will Grey’s Anatomy Season 18 be available on Netflix? Asian Regions and Around the World:

One of the most popular medical dramas Grey’s Anatomy is currently on its 18th season, which is quite the achievement. Season 18 will conclude by the end of the current month on 26th May 2022.

Following the show’s conclusion, Grey’s Anatomy Season 18 will be available to watch on Netflix. Hence fans will be now able to enjoy the show’s latest season on one of the widely used online streaming platforms.

It should be noted that most of the previous seasons of the show are already available on the Disney+ Hotstar. But the latest season is going to be released on Netflix. It will be available in the United States and many other regions.

Other regions including Latin, Canada, America, and some of the Asian regions are going to have Greys Anatomy Season 18 released on Netflix. So if you belong to any of these regions, you are among the lucky ones!

Moreover, as being the parent company of ABC, Disney will surely do something about releasing the latest season of Grey’s Anatomy on their own platform.

Quite the Season: Greys Anatomy Season 18

Just like any other Grey’s Anatomy Season, season 18 has also been quite the rollercoaster ride for fans. There are many series regulars who will be leaving the show after this season.

Regular Greys Anatomy cast including Jesse Williams, Greg Germann, and Giacomo Gianniotti will be leaving the show whereas there is one good news too. Fan-favorite cast member Kate Walsh appeared as the Cameo in the 18th season of the show.