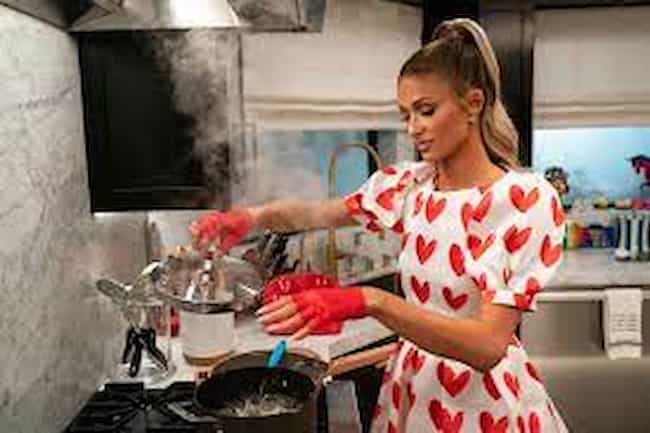 ‘Cooking with Paris’  is a cooking reality show. In 2021, the show will premiere on Netflix on August 4th. The series was inspired by a video of Paris eating lasa Even though Paris Hilton is an adult, she doesn’t have a clue about how to cook, but she’s According to Paris,’ she isn’t a trained chef and isn’t trying to be In collaboration with a select group of celebrity pals, she experiments with new ingredients and recipes as well as new kitchen appliances, from the grocery store to She has a rainbow-colored recipe book in which she writes.

A new Netflix original series, Cooking with Paris, was Whether or not the show will return to Netflix has yet to be officially announced by the streaming service. We have a slim chance of a second season because the show has received more negative reviews than Netflix may decide to release season 2 in two to three months.

As usual, Netflix surprises us with its new announcements, so we can’t say This means that we’ll see Paris Hilton as the main character, and maybe she’ll learn more about cooking ethics or mature if there’s a sequel planned. Let’s hope for the best and wait and see what happens.

It has mainly no cast, only a trained chef is available with new recipes and tips to cook.