Cutest Anime Girls of All Time

Anime is a form of comic art. There are many popular characters in anime. In which, we have mentioned some popular and curest anime girls of all time.

Here we have mentioned the list of adorable, cute, and most beautiful female characters. Read the complete article to get all the details about it.

Sagiri Izumi is Masamune Izumi’s younger step-sister. She shut in her room all the time. Sagiri Izumi is the illustrator for the light novels of her brother and is very famous on the web, but no one knows that she is just 13 years old girl.

Sagiri Izumi is tremendously cute. She is a young little girl with porcelain skin as well as long silver hair tied along with two small pink ribbons at the sides of her head.

Sagiri Izumi has big blue eyes. She generally wears pink pajamas and a dark green hoodie. Sagiri Izumi also wears pink slippers along with bows on them. She has a calm face, but sometimes she looks embarrassed and smiling.

Sagiri Izumi was first seen in Masamune’s flashback remembering the first time when they met with her, hiding behind her mother’s back and saying Hello Big Brother.

Sagiri Izumi loves drawing. She appears to be shy as well as easily embarrassed. She cares for her brother but also opens up to him.

Sagiri Izumi is very quiet and tends to use a speaker to be heard. But when she is on webcam life, she is more lively. If we get any other updates about Sagiri Izumi, we will add them here. So, make sure you visit this website regularly.

Kanade Tachibana is also known as Angel. She is a famous female anime character. She is an angel by the Afterlife Battle Front. She is one of the students of the Afterlife school.

Later, Kanade Tachibana clashes with the determination of Yuri in order to blame God for her hardships in life. After that, she becomes a target of the Afterlife Battle Front.

She is the titular heroine of Angel Beats. Kanade Tachibana is a beautiful white-skinned girl along with waist-length white hair.

It is half tied by a hair clip with bangs that covers her eyebrows, gold eyes along with hints of brown in certain lightning as well as her eyes appear to be slightly cat-eyed with her kuudere vibe.

Kanade Tachibana wears the uniform of the Afterlife school. It includes a skirt over a white petticoat, brown loafers, white knee-high socks, and a pale blue barrette clip on the back of her head.

Kanade Tachibana has many supernatural abilities. If we talk about her guard skills, then it includes Hand Sonic, Distortion, Delay, Harmonics, Absorb, Overdrive, Howling, Angel Wings, and Sonic Rotation.

She values that hand puppet as her hero. Yoshino Himekawa looks young cute girl of about 13 to 14 years old. She has blue eyes and long curly blue hair.

Yoshino Himekawa wears a short white dress along with a large green raincoat that includes a tail with a pink ribbon attached to it.

She also wears a pair of rabbit-ear hoods as well as holds her rabbit puppet named Yoshinon in her left hand. Her generally preferred form of clothing appears to be sundresses with boots that match her raincoat.

Yoshino Himekawa started wearing a one-piece dress after her spirit power was sealed. She also wears a sunhat which was given to her by Reine.

Yoshino Himekawa is a shy and kind-hearted young child. She is more passive compared to other spirits. She never fights back against the AST. If we get any other updates or news about Yoshino Himekawa, we will update it here.

Elucia de Lute Ima is a new devil from new hell, and she is also an agent of the Runaway spirit squad. It is an organization of new hell devils, and their goal is to capture actively dangerous souls.

In the end, Elucia de Lute Ima becomes part of the family of Katsuragi. Later, her name changed to Eri Katsuragi.

It is a multi-purpose raiment that gives the primary tool of the Runaway spirit squad along with a runaway spirit sensor and also a contract collar on her neck.

Elucia de Lute Ima is very intelligent, and this is her best ability. She has many skills such as Object Creation and Manipulation, Optical Camouflage, Fly, Ayumi, Mio, Tsukiyo, Jun, and Kusunoki.

Kazari Uiharu is a minor character at first. Later, she receives more screen time in A Certain Scientific Railgun, where she performs as one of the main protagonists of the series.

Kazari Uiharu is a member of the Student police organization Judgement as well as she is the analyst officer of the 177th Branch Office where Kazari Uiharu works at.

Kazari Uiharu is a small girl. She sports short black hair as well as has golden-brown eyes. Kazari Uiharu has thick eyebrows, but her best feature is her headband they made out of artificial flowers.

Kazari Uiharu wears a mask because she gets easily afflicted by flu and colds. Kazari Uiharu is a very shy and humble girl. She is always friendly.

Kazari Uiharu is also known as a high-spirited girl because of her friend named Ruiko Saten. Kazari Uiharu says that she is composed much time because of a limit that she places on herself.

Without that limit, Kazari Uiharu is very energetic and also can be airheaded at times as well like shown in the festival of Tokiwadai Dormitory.

Kazari Uiharu is intrigued, and she is also interested in the lifestyle of Ojou-sama. She always tries to impress Kuroko with her tea-making abilities.

Kazari Uiharu is also an animal lover. Kazari was the only one of her friends that was not scared of Ekatrina, Kongou Mitsuko’s pet boa constrictor, and also played with it.

Kazari Uiharu’s ability is Thermal Hand. It allows her to conserve part of the temperature of the object that she touches and later registered as a level 1 esper.

Kazari Uiharu is very talented, and she is very good at computers. She is able to hack into all of the systems of Academy City easily.

Kazari Uiharu has also created a security system. It is one of the ten strongest systems of Academy City. It gained her a good reputation in the hacker community under the alias of the goalkeeper.

Kazari Uiharu loves to hang out with Konori, Kuroko, Saten, and Mikoto. She wants to keep Academy City and its students safe from some criminals as well as rogue espers. If we get any other updates about Kazari Uiharu, we will add them here. So, make sure you check out this website daily.

Kosaki Onodera is Nanako Onodera’s daughter. She is the older sister of Haru Onodera. She likes Raku Ichijo. Kosaki Onodera is a student – formerly. She is also a worker at their family sweets shop and baker.

Kosaki Onodera wants to confess to Raku Ichijo. Kosaki Onodera comes from a family of pastry chefs. They specialize in making and decorating candies.

Kosaki Onodera is living with her eccentric mother as well as her feisty younger sister. They are living in their Japanese candy shop.

Kosaki Onodera thinks twice before acting. She works well along with her classmates and possesses close friends. She is the most popular girl for the boys before Chitoge shifts, and after that, Raku and Chitoge started dating.

Kosaki Onodera is a fair-skinned teenage girl along with shoulder-length dark-brown hair. It has one long strand of hair that she keeps combed neatly to the left side of her face, as well as chocolate brown eyes.

Kosaki Onodera has an average height and also has a thin figure. She looks more like her mother. She wears the school uniform. It includes a white shirt with a blue sailor-style collar attached to the lower part of her neck.

It connects a thin orange tie that is laced through a loop at the end of the skirt. It makes a little part of the tie reach the skirt.

The skirt goes around the upper thighs and is a blue fabric that is accompanied by her white knee-length socks as well as brown slip-on shoes.

Kosaki Onodera has many abilities, such as a natural affinity for animals, being a genius taster, talented decorator, and cook.

Rikka Takanashi is a female protagonist. She is a very famous female anime character of all time. She appeared in the Japanese light novel series as well as anime named Chunibyo Demo Koi ga Shitail.

Rikka Takanashi is the leader and founder of the club that she made named Far Eastern Magic Napping Society of Summer.

Rikka is a chunibyo practitioner. She enrolls in Icho Private High School, the same school as Yuuta Togashi. Rikka Takanashi suffers from chunibyo or eighth-grader syndrome.

Rikka Takanashi thinks that she is a sorceress possessed by the Tyrant’s eye that will reveal destinies. Rikka wears a medical eyepatch over her right eye in order to seal her Tyrant’s Eye.

Later, Rikka Takanashi shifts to the apartment above Yuuta’s apartment to stay with her sister named Toka Takanashi.

Rikka Takanashi has black hair and black eyes in the novel. Still, in the anime series, she has dark purple-blue hair that tied with a yellow ribbon, along with cyan-colored eyes, and also wears a yellow color contact lens on her right eye, over which she wears a medical eyepatch.

Rikka Takanashi sometimes wears a pair of roller shoes. She uses it to increase mobility as well as to do tricks. If we get any other updates about Rikka Takanashi, we will update it here. So, make sure you check out this website frequently.

Mayuri Shiina is a famous female anime character. She is also known as Mayushii. She is the childhood friend of Rintaro Okabe.

Mayuri Shiina part-time worker at May Queen Nyan-Nyan and also a member of the Future Gadget Lab. Mayuri Shiina is an avid cosplay maker. She is also a friend of Luka Urushibara as well as Akiha Rumi.ho.

Mayuri Shiina’s hair forms fringes that sweep from either side. She’s eyebrows are noticeably thick. Her outfit is very simple as well as comfortable.

At the time when Mayuri Shiina goes to her work at May Queen Nyan-Nyan, she wears a blonde wig tied into a long ponytail.

Mayuri Shiina is very childish, and she has a naive attitude for her age. She has not the ability to accept the death of her grandmother at the time when she was young.

She cares for her friends, but she has low self-confidence. Madoka Kaname earned more confidence in herself and her actions after becoming a magical girl.

Madoka Kaname wants to erase all past, present, and future witches from existence. She has pink twin tails as well as pink eyes.

Madoka Kaname has choppy bangs. Those are pointed and chin-length, along with framing her face. If we get any other news or updates about Madoka Kaname, we will add it here.

Later, she makes the decision to make a Yosakol group with Naru Sekiya, Tami Nishimikado, Machi Tokiwa, and Yaya Sasame.

The series Hanayamata stars Monica Rial, Luci Christian, and Caitlynn French. Hanayamata was written by Reiko Yoshida. It was directed by Atsuko Ishizuka. 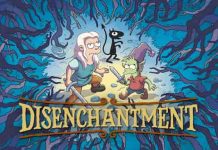 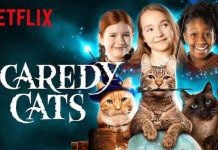 Shadow and Bone Season 2 Release Date, Cast, Plot – What We Know So Far