It is official! Welcome to Eden has officially been renewed for the second season by Netflix. There were speculations about the renewal, but now it is official, and fans can’t keep calm!

As of now, the official confirmation for making Season 2 has been released. Hence there are no release date details available from the makers. As soon as the shooting starts, there will be the approximate release date for the Welcome to Eden Season 2. We will share more details as soon as any official notification is released.

Have you noticed that many Spanish shows are getting even more popular on Netflix? There is Elite, Money Heist and now Welcome to Eden. We all know how popular Money Heist has become, and now, even a Korean remake is in the works. Isn’t that just incredible?

Also, Elite has become one of the widely watched and appreciated shows on Netflix. And that also happens to be one of the original Spanish shows. It happens to be a teen high school drama but contains so much more than just that.

Like these shows, Welcome to Eden has also started gaining popularity amongst fans. Season 1 was released, and with such a unique storyline, the series got an official renewal from Netflix, and now Welcome to Eden Season 2 is already in the works!

Creators of Welcome to Eden

The creator’s team includes Joaquin Gorriz, who happens to be the show’s creator, along with Guillermo Lopez. Producers are Brutal Media, and it is filmed on the islands of Lanzarote in Spain and San Sebastian and Teruel province.

The first season of the series started with a simple yet most common question, “Are you happy?” and then everything begins as soon as it is answered. The question was being asked by a suspicious drinks brand about which no one had heard of. So the thing was, they asked this question to various young, beautiful social media influencers.

And then they were invited to a faraway island on behalf of that exact brand. They immediately accepted the invitation by thinking that this would be an incredible opportunity to go on some paid vacations and gain more followers.

They were promised to have good times and adventurous places on their trip. As soon as they reach this mysterious island, they learn that it is not just any “island” but something beyond that. Soon they realize that there is some highly violent game that they are all supposed to play. And yes, they are trapped on that remote island.

They thought there would be some safety, but no, nothing like that. What awaits them is just the danger and consequences of not participating in the game. They soon learned that this was some dangerous cult and should be very careful about their next moves. What happened after that? Well, that is suspense, you must watch it if you haven’t yet.

Just when Zoa was finally making her escape, she came across a new boat with possible new influencers in it. So there was a chance that they were the next victims of this island and the entire cult that was going on. Not just that, she saw her sister Gabi amongst the people on that boat, and of course, she was going to save her.

Astrid’s Reigns will be over?

Astrid and her partner Erick are the leaders of this cult, and as Eric was tried to be assassinated, her reigns have been challenged. So, there are chances that she will lose her position as the leader. Will island rebels take over the island, and Astrid loses her power position? Well, we will see about that in the second season.

When Africa broke into Astrid and Erick’s house, she unknowingly pressed some button on a strange machine. That button somehow sent a signal in outer space, and only God knows what happened then. It is unclear where did these signals go and who received them. The signals were sent somewhere, so there must be someone on the receiving end. So this will be pretty interesting to see what happens on the receiving end and what kind of signals they receive!

Brenda with her Death Duty

The executioner of the island, Brenda, already killed Claudia, Aldo, and Judith on their possible escapes. Now, more and more people are trying to escape, which could mean only one thing. Whoever tries to escape, she will have to kill them too! As we already know, Zoe, Ibon, and Charly have been making plans to escape from the island, so if Branda comes to know about this, it will not end well for anyone.

Most of the season 1 cast members are expected to make their return for the Welcome to Eden Season 2. Here is the list of cast members from season 1. New cast members will be added to the second season, as new faces are entering the island in the final episode. 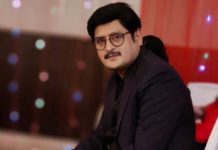 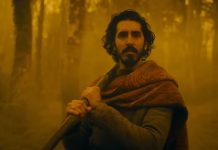 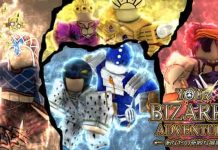