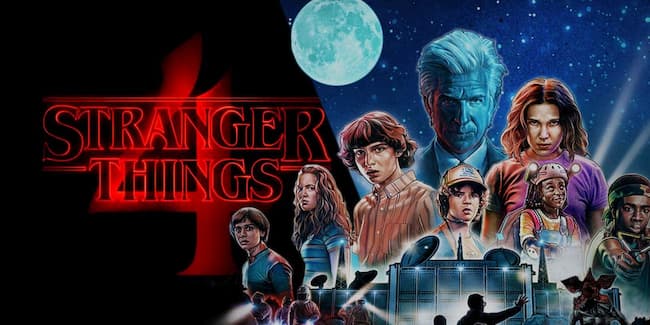 Netflix recently revealed Stranger Things Season 4 latest poster showing Eleven with a quite deadly look of a shaved head. With the release of this poster, fans are now even more excited about the release of Stranger things season 4.

Amongst many interesting things that are going to happen, probably the most interesting one is that Eleven is shown returning to the Hawkins lab, that too with a shaved head. Don’t you think this is something fans never predicted that will happen, like ever?

Stranger things fans have been waiting so eagerly for the next season, and after three long years, the Stranger Things Season 4 is finally here. With the release of this latest poster by Netflix, there are various predictions about the storyline and the development of each character.

As we all know, Eleven (portrayed by everyone’s favorite Millie Bobby Brown) has become quite the most popular character in the Stranger Things universe. The latest poster released by Netflix shows Eleven with her powers and that too returning to the one and only Hawkins Laboratory. Isn’t it just great? Elle returned to the laboratory with her head shaved, can things be any more dangerous?

The first batch of episodes of Stranger Things Season 4 will be released by 1st July 2022 followed by the remaining episodes.

The regular cast including all the main characters: Eleven (Millie Bobby Brown), Dustin (Gaten Matarazzo), Lucas (Caleb McLaughlin), Will (Noah Schnapp), Mike (Finn Wolfhard) will absolutely be there along with some of the new cast members such as Robert Englund’s Victor Creel.

For quite some time, everyone has been aware of the fact that Hopper has somehow landed in Russia, and by the looks of it, we’ve no idea how he actually got there. So it would be very interesting to see how Hopper got to Russia.

There are some scenes that show Eleven and Will gradually adjusting to their lives in California, going up and around.

Not just that, according to the latest poster from Netflix, Eleven is shown back to the Hawkins National Laboratory along with her powers returned. If we recall, after the ending fight, Eleven lost her powers and since that time, everyone kind of assumed that she lost her powers, but here we go. Eleven will obviously get her powers back in order to fight the new villain.

Let’s just sit back and enjoy Stranger Things Season 4 Episodes as they get released by July 1.