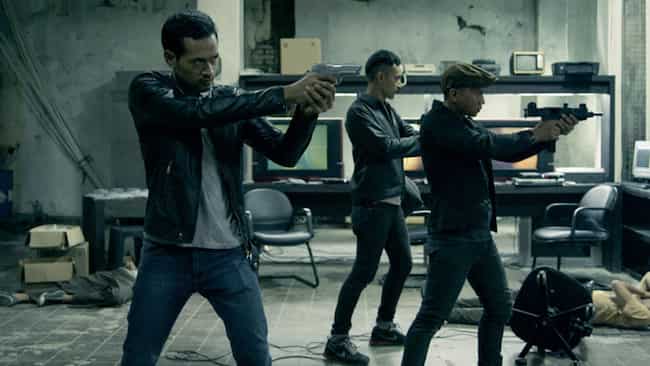 Gangs of London Season 2 Release Date, Teaser, Cast, Storyline, and Everything You need to know:

Sky Atlantic just released the first Gangs of London season 2 teaser and has everything in it! Fans have been waiting to get even a glimpse of the second season for two years.

Though there has been no official confirmation regarding the release date, we can expect the series to be released quite soon. Because the teaser has already been released. So now, the official date will be released soon.

The teaser has ex-undercover cop Elliot and Sean’s conversation and then there’s all action and thrilling scenes in it.

The most probable thing and the storyline would be related to the death of Sean Wallace. After his death, everything changes, and then everyone is wondering about who controls London.

Also, Sope Dirisu will be forced and might be working with all the investors. With such epic storylines with unexpected twists and an amazing cast, definitely going to be such a popular show.

Some of the new cast has also been added for season 2. Waleed Zuaiter, Jasmine Armando, Salem Kali, Fady El-Sayed, and Aymen Hamdouchi are the new cast members.

The creators of the show are Gareth Evans and Matt Flannery. The Gangs of London Season 1 is also said to be the most binged premiere box-set this year along with some of the record-breaking viewing figures.