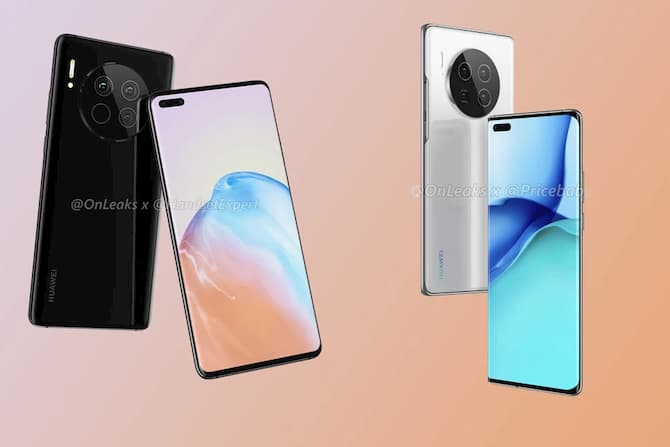 Even before the first official pictures of a new smartphone arrive, OnLeaks is always ahead to render the images of upcoming smartphones and tell us how they might look. And as history has shown, most of the leaked design images from OnLeaks have turned to be true. Recently they have rendered the idea of how upcoming flagship smartphone series from Huawei may look like.

With the Mate 40 and Mate 40 Pro, it is about two to three months until the launch, Huawei will probably launch the new Mate generation in October as always, rumored with Kirin 1000 or Kirin1020. The launch date has not been confirmed yet but we can assume we may see these devices in the fall this year. While there are already a lot of speculations in the tech world about these new Huawei smartphones but ones from OnLeaks with collaboration with other tech analyst sites have some promising things.

The leaked images of Huawei Mate 40 have come from the collaboration of Onleaks with Handset Expert and other collaboration with PriceBaba shows the new renders of Huawei Mate 40 Pro. Both leaks emphasize on back camera panel of the new models. The camera setup of Mate 30 Pro and Mate 30 also talked of the town before their launch but the upcoming setup looks more appealing.

According to the latest images, the successor of Mate 30 Pro will feature a round triple camera setup at the back along with a periscope sensor. While the Mate 30 successor shall have the same round housing with three camera lenses but periscope sensor would be missing. The flash has gotten the space, at the left side of the circular housing of the camera, and it looks like an exclamation mark (!)

Both Huawei smartphones will have curved edges and will not have that ugly notch having a front-facing camera. Instead, the dual punch-hole front camera is placed at the top left side of the display which gives them the extra marks for the design. The high-end device Mate 40 Pro seems to extract the same waterfall display from its predecessor.

It was reported earlier in several speculations that Huawei Mate 40 Pro would have a front-facing camera placed under the display but these OnLeaks images don’t agree with them. Another rumor about Mate 40 Pro having a freeform lens has also proved wrong with these latest leaks.

While the latest leaks don’t give the idea of what would be the specifications of the upcoming Huawei smartphones of 2020 but we are sure about EMUI and the latest Kirin chip would be packed inside of them.

Last year, we saw the launch of Huawei’s Mate 30 Pro and Mate 30 in September but this year, we expect the launch of their successors in October. But these are all speculations and rumors until the official announcement regarding the launch comes directly from the company.