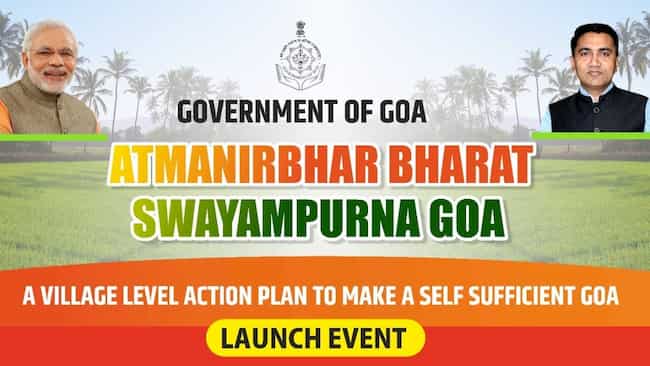 The government of India is going to implement the Aatman Nirbhar Bharat Abhiyan all over India. Under this Abhiyan, the central government and state government are announcing many schemes for India’s citizens, and they are making an effort to make the scheme successful.

The economy of India is not in the right situation. The government is making efforts to keep the economy up. After the CORONA lockdown, the country is right now again to start their work.

Every business and office is regularly working. However, every state of the economy affects deeply due to lockdown. In a lockdown situation, the government bans all the activities where more people are gathering out.

So the business of every tourism company, every industry is stoped. However, after the countries unlock, the government has announced a relief fund of Rs.20 lakh crore, 10% of GDP. This is an admirable step of the government towards the economy.

The government will give the small and micro business much relief. They will also provide financial loans to the companies who have faced difficulty running their business after lockdown.

The business and manufacturing sector is very highly hit through the lockdown. However, the government has announced many schemes s, but according to the government’s report, not many people are aware of its various schemes.

The government now decided to launch one more scheme that will do the work to be aware of the people about the other beneficial scheme which will help the people financially and in different ways. The government named this scheme is Aatman Nirbhar Bharat Swayampurna Goa Scheme.

The government offices, teachers, volunteers, etc. go to every street of the villagers to ensure the people about the scheme and make them self-reliant.

The Indian government has launched this scheme on the birthday of not only great Mahatma Gandhi but also Lal Bahadur Shastriji that is 2 October 2020.

The government teachers, officers, students, and volunteers will reach each and every village of the state and understand the people of towns about the government’s schemes. They will also give accurate information about the scheme. They will have to be sure that people can take more and more advantages.

Different Phases of the Scheme:

Through this scheme, every state government will have to be self-reliant. They are trying to become everything in their state. Many states are importing many things from the other state.

There are so many people who are currently believing that everything that is either imported or made in foreign countries will be of the best quality. That is the reason why the state government is implementing the Atmanirbhar Bharat Swayampurna scheme. Not only the scheme will promote people to buy things made in the country but also it will ensure to provide a subsidy.

With the help of this scheme, there will be a large number of people who will get the benefit from it. It will be possible for each and every state of the country to be self-dependent.