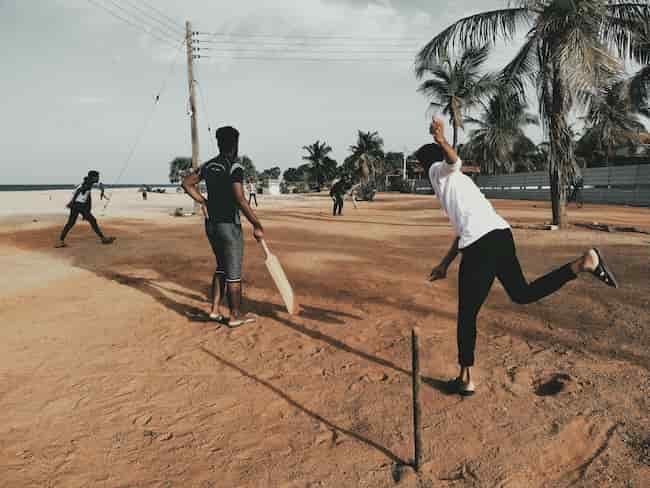 Why Cricket Is So Popular in India

In a nation the size of India, with a population of over 1.3 billion, with several major religions, different languages, cultures and cuisines, there is one great unifying force: the game of cricket. In every village, town and city, everywhere you turn, impromptu cricket matches are taking place in the streets, squares, parks and fields. Some regard cricket as a difficult game to understand, and on some levels it is, but at its core is an innate simplicity that requires just a ball, a bat and a makeshift wicket to enjoy. Cricket is easily the most popular sport in India, and this is reflected both in the success of the Indian national team as well as in its grassroots ubiquity. Cricket has provided India with national heroes, none more than the ‘little master’, Sachin Tendulkar, and also forms a part of the country’s national identity. Let’s look at some of the reasons that cricket is so phenomenally popular in India.

History of Cricket in India

Cricket was introduced to India by the British East India Company, which subjugated India under the rule of the British Empire. Despite the fact that the game was played initially by conquering imperialists, it grew rapidly in popularity, initially amongst the wealthy and powerful. The first-ever first-class game of cricket on the subcontinent was played in 1864 between Calcutta and Madras. An Indian national team was formed and began playing test matches in 1932 at Lords in England, 15 years before India gained its independence. After achieving independence in 1947 cricket became even more popular, and their first test match success in 1952 served to gel the newly formed nation together under the flag. Subsequent wins on foreign soil cemented support for the game and the national team, and cricket was well on the way to dominating the sports scene in India.

Cricket’s popularity can be attributed to India’s remarkable ability to produce world-beating players. Even in the 1950s, despite not having the infrastructure to support the sport that other nations possessed, India found success against other elite teams at the apex of the game. Top players became national icons in India – it is said that the whole nation stops every time Sachin Tendulkar steps to the crease. But other players have also illuminated the game, including Kapil Dev, Sourav Ganguly and Mahendra Singh Dhoni, all of whom have captained the national side at one time or another. India has a reputation for producing gritty, prolific batsmen, but in recent years has found success with firebrand bowlers as well.

Cricket purists often regard the long-form test match as the pinnacle of the sport. But in an effort to diversify the game and attract new followers, limited-overs matches rose in popularity, spawning the one day international, the world cup and more recently, the advent of T20. The Indian Premier League (IPL) was launched in 2008, and immediately became a fan favourite with audiences and players alike, as well as becoming a firm fixture at the bookmakers. The IPL attracts the top players in the world and has a high octane style, full of excitement and drama which packs out huge stadiums across the country. The pyrotechnics, loud music and wild, extrovert batting performances may turn the old school away, but there can be no doubt that the IPL has dragged the sport kicking and screaming into a new era.

Success on the World Stage

The Indian national team is regarded as one of the top forces in world cricket. Fans across the nation are fervent and passionate, and also engaged in a fierce rivalry with neighbouring Pakistan. India has enjoyed success, not just at test matches, but across the ICC tournaments, winning the Cricket World Cup in 1983 and 2011, as well as the T20 World Cup in 2007, its inaugural year. International test match playing nations have found India to be an intimidating place to play, in a climate which suits patient and determined batting and bowling over explosive play. The success of the national team has encouraged young people to play cricket more seriously, as it offers an exciting and lucrative career path for those with talent, especially in a country where 73 million live in extreme poverty, despite recent economic growth and prosperity.

Everywhere you turn in India there is cricket. Kids play in every neighbourhood, often with a tennis ball or a ball made from tape. Cricket binds communities together and shines light through the lives of young and old people alike. A game of such simplicity at its core, it is so easy to start playing with the most basic of equipment. And in informal games, teams can grow to enormous sizes, meaning that it is among the most inclusive of grassroots sports.

Cricket in India is an important part of the national culture and identity, capturing the hearts and imaginations of young and old. It transcends what a sport is, and has become a folk tradition, and a national passion that has united millions.