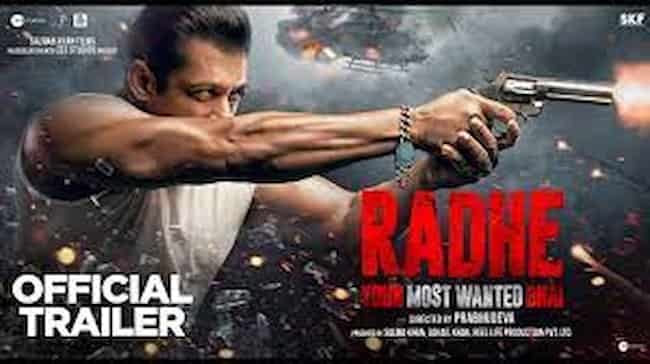 This Eid With Radhe: On ZeePlex

In the pandemic situation and other bad news situation, we are here to give you some good news. The good news is the Salman Khan’s upcoming movie named Radhe, is going to release on the OTT platform.

However, Radhe has planned to release on the occasion of Eid 2020 as we are totally aware of the year 2020 how it is. The full year of 2020 is about to lockdown.

Due to the awareness between the people of India, the active cases in India is less compared to another country. Now in the year 2021, the people do not understand to wear the mask.

They are not keeping the social distance between them. Due to the carelessness of the people, the covid active cases are rising rapidly.

Every day a huge number of new cases are registered. It is difficult for the government to manage the things that are happening in the nation.

There are many unwanted things that are happing in our country. Between them, the Superduper and blockbuster hero of Bollywood are giving us good news by releasing his movie Radhe this Eid 2021.

Salman Khan often makes the release of his film on the occasion of Eid. However, Salman Khan and the producer of the film that is the brother of Salman Khan, has decided to release the movie on multiple platforms of the screen.

They are relating this movie to the cinema also on the OTT platform. However, the occasion of Eid is on 13 may 2021, then the movie will release on that day only.

As we know that we should not go to the cinema hall and theater house to watch the movie, the great actor and director have decided to release the movie on the OTT platform also so that the people can watch this movie not here home only.

However, the trailer of the movie is already launched on 22 April 2021. The people and fans of the movie have a huge expectation of the movie, and they are very much curious too.

The movie is released on ZEE5. You can watch the movie on the ZEE5 pay-per-view service also. The people can enjoy the movie on ZEEPlx also.