When it comes to games and sport, there are few these days that we really class as being middle class. Games such as rowing, sailing and skiing are perhaps associated more with the rich than the working class, but even the likes of golf have shaken off being rather snobbish games.

In fact, some of the most popular games and sports in the world began life with the aristocracy before becoming part and parcel of everybody’s everyday life. But what are they?

Bingo is a game enjoyed by millions of people across the UK and at its pomp there were bingo halls in every town up and down the country.

Bingo has many special aspects and it’s largely considered a working class game, but actually it only began to spread across Europe in its early days thanks to the aristocracy enjoying it, first in France and then Britain.

No matter where you are in the world, you’ll find people obsessed with football. It’s the beautiful game and one that transcends classes and cultures with you as likely to see people kicking a ball in the favelas of Rio De Janeiro as you are at the likes of Eton or Oxford University.

While football has been around for centuries, with it largely debated as its real origins, the actual rules of the game came from the middle classes and the early years of the FA Cup, the world’s oldest club competition was dominated by the likes of Wanderers, Oxford University and Old Etonians and it wasn’t actually until the emergence of the professional game in which it began to become more of a working class game.

From there some of the biggest clubs on the planet emerged, including Manchester United, originally formed of workers from the Newton Heath Lancashire and Yorkshire Railway depot and Arsenal, started by workers at the Royal Arsenal armaments factory in Woolwich.

Rugby has followed a very similar pathway to football and is said to have originated from the Rugby School in Warwickshire, a boarding school. The story goes that William Webb Ellis, a pupil at the school was playing football and decided to pick up the ball and run with it, in turn inventing a new sport.

The rules of rugby union were set and decided on by a collection of boarding schools in 1863, although of course since then it is now hugely popular around the world, with all manner of cultures and statuses enjoying the game. It is still considered slightly more middle class than rugby league, which dates back to 1895 when the Northern Rugby Football Union broke away from the Rugby Football Union to take control of its own, separate competition.

The league version is largely popular in the north of England and is considered a more working class version of the union variation. 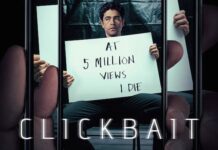