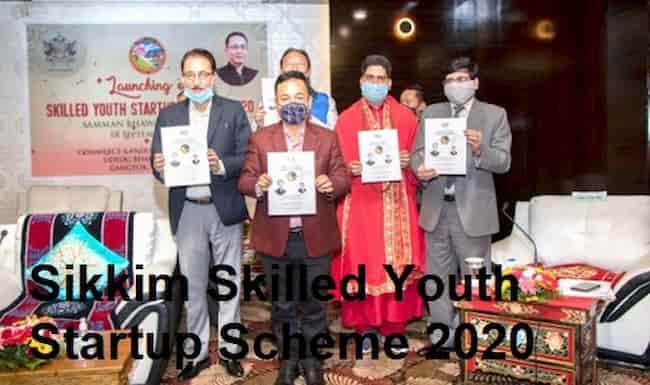 Nowadays, We know that our economy is not in a good position. COVID crisis affects all the factors of the economy. We should now contribute a considerable amount to re-establish the economy.

However, the economy of the world also in decreased condition. The world is running in a recession situation. Inflation reaches its peak.

Every government is trying to improve its economy and re-establish its business. Due to the COVID-19 lockdown, any employee of the company has lost their job.

It is difficult to survive in the inflation era. A big financial problem arises in every middle-class family. The unemployment level of the country is very high.

Due to lockdown, many people have to resign from their job or have to leave their job because of transportation problems. However, the country is in unlock condition.

To decrease the number of unemployment level in the State, the Sikkim government has released a scheme name Sikkim Skilled Youth Startup Scheme.

Recently, the Sikkim government has invited applications for the interested unemployed youth for the loan application. This scheme is introduced by the chief minister of Sikkim Prem Singh Tamang on 18 September 2020.

This scheme will help the youth for the income generation. Their family condition will be improved. As with the help of this scheme, they can start a new start-up, then they can explore their skilled on a fundamental basis, and they can improve their personal skills also.

There are so many youngsters who are going to get benefits from this Sikkim Skilled Youth Startup Scheme. As you all know, there are so many young people who do not have a job currently. That is why it will be possible for the youth of the state to start up their own business or something.

The state government of Sikkim is more than happy to help the young people of the state. That is the primary reason for the Sikkim government to launch the new scheme.

They will not have to do a job for their survival. Their problem of unemployment will also be solved. The life living value of their family will also increase. This new scheme will also help the employment generation in rural areas and the urban areas too.

We can say that with the support of this scheme, one jobless person can give a job to more than two-person. This scheme will help to generate entrepreneur opportunities in the State.

As we all know, the Sikkim government has launched a scheme name Sikkim Skilled Youth Startup Scheme for the unemployed youth to provide them loan subsidies for the starting of new start-ups.

As this is a government-controlled scheme and the Sikkim government will also offer the loan with a subsidy amount, the government has invited an application from the interested person who is still unemployed. They want to start their new business with the help of this loan money.

The application form is available in some specified places in the Sikkim state.

They also have to provide information about their project and necessary document along with the application form. The applicant should have to give the project report with the documents and submit their application form to the general manager of DIC (E/N) or (S/W) in Gangtok and Jorethang.

The government of Sikkim has also published the list of sale employment areas for the youth of the Sikkim. That means If any person is taking a loan under this scheme, then they have to start a new business relating to these areas.

Behind the launching of this scheme, the government of Sikkim has set a different objective. The government wants to give the contribution in the center government Abhiyan that is Aatman Nirbhar Bharat Abhiyan. This Abhiyan is launched by the government of Indi to make India self-reliant.

The government of Sikkim has launched this scheme to make the youth of Sikkim self-reliant and not dependent on any other business. With the help of this scheme, the number of new start-ups in Sikkim will increase.

However, there is the provision in the scheme that this loan from the Sikkim government will only be provided to the people who belong below the poverty line(BPL). That means this loan with a subsidy amount will only be given to the person with low income.

The person who has the BPL card with them, they only eligible for this scheme. This scheme will be founded by the commerce and industry department of the Sikkim government.