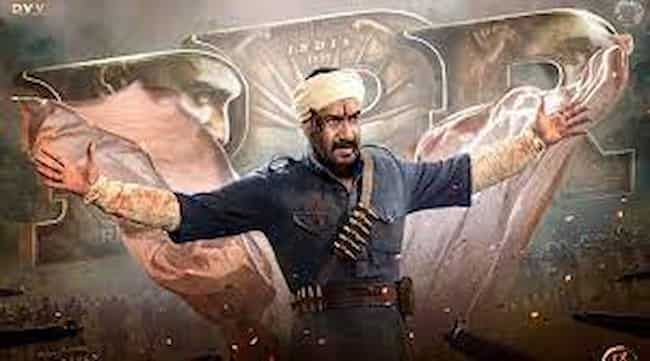 This film’s motion poster has been released as well, along with the release of the official movie trailer. Ajay Devgn will soon be seen in the film RRR.

Ajay Devgn, a famous actor of Bollywood, is soon to be seen in the movie RRR in which his character seems to be very strong. The motion poster associated with the film has also been released, where his character looks very strong.

Anyone will be surprised to see this motion poster. Ajay Devgan’s motion poster has been shared by DVV Entertainment with his Instagram account, which has been seen more than 3 lakh times so far. In addition to all of this, this video of Ajay Devgan has also been liked more than 39 thousand times.

This motion poster of Ajay Devgn shows a person surrounded by people from all sides with a field in the background. Then we are told to ‘be sure to load your guns and shoot them.’

Then Ajay Devgan takes off his sheet, revealing that he is bleeding on his head, as well as on his clothes from blood from his head.

In addition to fans praising him for this motion poster, Ajay Devgan has also shared the video with his Instagram followers, writing, “We are so excited about this film, and I thank you for portraying me in such a captivating and moving character.”

It may be of interest to you to know that ‘RRR’ (RRR) is an all-India film directed by SS Rajamouli under the banner of DVV Entertainment.

Among the many actors who will play important roles in the film are NTR, Ram Charan, Ajay Devgn, Alia Bhatt, Olivia Morris, and others.

We are presenting a fictional story that revolves around India’s famous freedom fighters Alluri Sitaram Raju and Komaram Bhima who fought against the British Raj and the Nizam of Hyderabad respectively.

The film is due to be released in Telugu, Hindi, Tamil, Malayalam, and Kannada in the near future.