ALTBalaji has made various series but Karle Tu Bhi Mohabbat is one of the successful series ever. Yes, the roles are played by well known Ram Kapoor and Sakshi Tanwar in this series. Both of them are famous character has been worked together in their earlier daily soap “Bade Acche Lagte Hain”.

Ram Kapoor is playing the role of Karan Khanna in this story is worse as well as blames his wife Dr. Tripurasundari Nagrajan. Sakshi Tanwar is playing the role of Dr. Tripurasundari Nagrajan also called Tipsy. So, this story is basically about romance; if you are romantic, you must like it otherwise it will not engage you much closer. Both of their characters joint past as well as the future too.

By the time, there is a comeback of Karan’s wife Radhika and daughter Trisha in his life but at the same time, he cannot let Tipsy come in his life. Also, he knows something about Tipsy that she is meeting another guy. Tipsy is a little feared about her daughter due to Karan. Apart from that Karishma Tanna acts nicely as a producer Zoya and Hiten Tezwani hit the role of Lawyer Ved. Zoya cares of Ved but he always rejects her all the time.

On the other hand, Zoya gives her best to make Tipsy a best supporter to Karan and Tipsy ensures that Karan is not a bad guy.  One of Tipsy’s friends makes her believe to stay with her in all the situations. Sakshi’s daughter Pia and Sashi’s friend Ved (Hiten Tezwani) are friends; she relocates to Mumbai with his friend Ved to change her life into a pretty family.

Moreover, Samir Kochhar is playing the negative character of Lawyer Palash. He drinks very much but he helps Trisha (daughter of Karan) while she stuck in a lift. And the big twist is here Palaash is the ex-boyfriend of Tipsy as well as he is the son of a guy who wants Radhika.

Everyone has their ex somewhere like here is Karan has dead feelings or we can say no feels for his ex. According to Karan, there is no deadline for sex and no more limits for making girlfriends. His ego makes him even more powerful to do sex and make relationships all the time.  You cannot see more comedy and dramatic actions, someone who just wrote this story is all about the sexual content.

Somewhere, season 1 was more interesting than season 3.  Also, there was an important role of Trisha in season 1 as compared to season 3. Well, we all know that Ram and Sakshi’s chemistry is forever loved but in this series, the story separates them to dip into real love. Karan got the award for this series ALTBalaji’s Karle Tu Bhi Mohabbat, but in this full series, Karishma was solving Karan’s life overall problems.

Karishma is a small TV actress who played her role very flawlessly. Zoya (Karishma) suggests her friend Karan stay happy with his family and Tipsy wants to bring in Karan’s life in public. Apart from that, Sakshi’s good friend Ved (Hiten Tezwani) admits her with her daughter Piya to have a happy and satisfied family. Ved did too a great job to make his character realistic.

So, ALTBalaji’s Karle Tu Bhi Mohabbat in season 3 describes a couple who separates from each other due to some issues and again wants to meet to stay together. We are sure; this series is majorly watched a lot of times just because there is RAM Kapoor and Sakshi Tanwar. Each person knows both of them extremely well because they both are the fame of “Bade Acche Lagte Hain”.

Since the chemistry of Ram and Sakshi is beyond the word superb, so their separation in the story breaks all of our hearts. To handle the entire situation Kashima and Hiten were dinged greatly everything. In the last 2 seasons, the story tells us about the love of Karan and Tipsy but in 3rd season the story separates both of them.

The story describes Ram as a womanizer as well as more alcoholic in the whole series. Sakshi is got caught meanwhile her past story and present. After all, Ram is blamed by the debutant co start of sexual misconduct then he used his ex-wife Sakshi and daughter Pia’s image revolution in front of the public. Due to sexual assessment, this show displays a zoom picture of the glamour world of the film industry with different issues such as negative media, abusive attention, and stalking every time.

Settlement of Ram, as well as Sakshi, leaves a set of questions in front of an audience that are unanswered in the show. ALTBalaji’s Karle Tu Bhi Mohabbat has 3 seasons till now, maybe its unanswered questions will answerable in the next season or season 4.

The date of Karrle Tu Bhi Mohabbat is not revealed yet. But it is confirmed that the upcoming season 4 will be released somewhere in 2021. 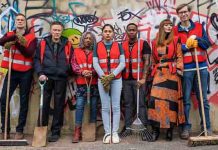 The Offenders Release Date, Cast, Plot – All We Know So Far