He said that there was a salary dispute he had with one of Harry Potter’s producers. Later, Kenneth Branagh played the role of Professor Gilderoy Lockhard and received a great response from the audience.

According to some reports, the role was also offered to Hugh Grant, and also said that the actor said no because of the scheduling conflicts. 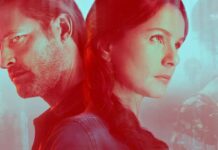