Tiger Shroff, as you all know, is a handsome, hard-working, and multi-talented actor who always leaves the audience jaw dropped from his performance on stage as well as off-stage. He has acted on many amazing movies that were indeed breath-taking with all the stunts and action scenes most of which Tiger did himself. Recently, Tiger Shroff’s latest film “Baaghi 3” literally satisfied all of its fans and lit up all the theatres of the country. In the film, we could see Tiger performing many martial arts stunts and some of the punches along with other action moves. Tiger Shroff puts on so much effort in making the acting so naturally that it will look more original.

If you are one of the die-hard fans of Tiger Shroff then you will definitely know the vast fandom of the actor over social media. All the girls are in love with the handsome actor and the fans are literally roaring and praising Tiger every single day. Also, the actor keeps surprising the fans with his posts or stunts, dance moves, work-outs, and more. Tiger has such an amazing talent of dancing which he uses to entertain his fans and followers on Instagram and Twitter.

One of the proofs of actor, Tiger Shroff being loved by all the followers and fans is the actor reaching a million hashtags. Tiger also replies to his fans when he loves their comments and he never declines a selfie with fans. The War actor went on to the mint on the Box Office after the release of his super hit movies, War and Baaghi 3.

Tiger Shroff keeps motivating and inspiring people to stay home in this lockdown period due to COVID-19. It is sure that Tiger has such talent which brings him the opportunity to be in the sequel of his debut movie “Heropanti”. Recently, the makers of the film, Heropanti(2014) has revealed the poster.

This one is so special to me. Blessed and grateful to be carrying forward another franchise with my mentor sajid sir forward. #Heropanti2 #firstbaby#SajidNadiadwala @khan_ahmedasas @WardaNadiadwala @NGEMovies pic.twitter.com/NYi4pLoBpr

The romantic action movie “Heropanti 2” will be directed and produced by “Ahmed Khan” and “Sajid Nadiadwala”. The movie sequel is claimed to be released on July 16, 2021. Tiger Shroff in his cool action mode can be seen in the recently released poster of “Heropanti 2”.

See also  Actress Chithra Passed Away at the Age of 56 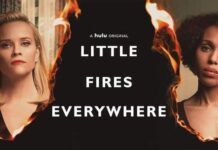