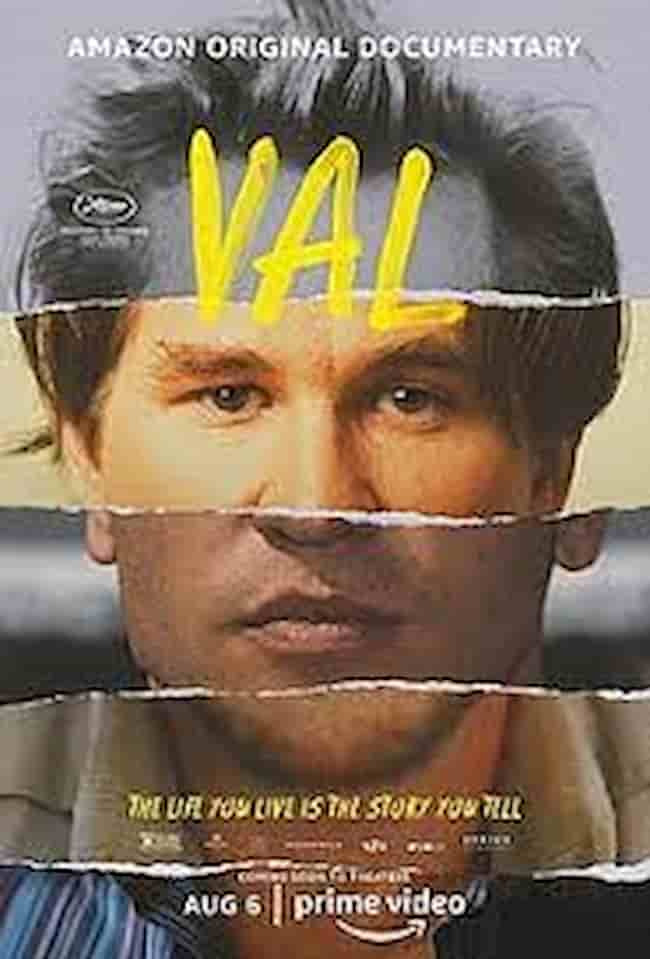 Val is a documentary directed by Ting Poo and Leo Scott which was released in July of 2021. This documentary is based on the life of a famous American actor Val Kilmer and is a collection of raw footage from his childhood, life at school, early struggle, and auditions. It was edited by Ting Poo, Leo Scott, and Tyler Pharo.

Val Kilmer has worked in various movies and TV shows including the famous Batman Forever, Top Gun, and many more. This 61-year-old actor broke an impressive acting record right at the age of 17! The documentary got appreciation from both the critics as well as the Audience as it managed to get a 7.8/10 IMDb rating along with a 93% of Rotten Tomatoes rating. It is achingly beautiful and surprisingly moving.

Val was diagnosed with cancer and started losing his voice so he decided that it was high time he told his story to the world using high-tech AI. The editing of this film is astounding…with Kilmer’s earlier videos, film clips, interviews, etc. expertly folded together with his present-day life. Try not to be blown away when he goes back to Arizona to claim his mom’s ashes, and the montage of childhood images is fused with the present-day house.

Where to watch this documentary?

The movie premiered at the Cannes Film Festival in July 2021 and then it was released on selected screens in the same month. It is now available on Amazon Prime Video for streaming. But it is not available on other OTT platforms such as Netflix, Hulu, or HBO Max.

Will there be a sequel to this documentary?

The documentary covered every aspect of Val’s life so it is highly unlikely that there will be any sequel to this documentary.