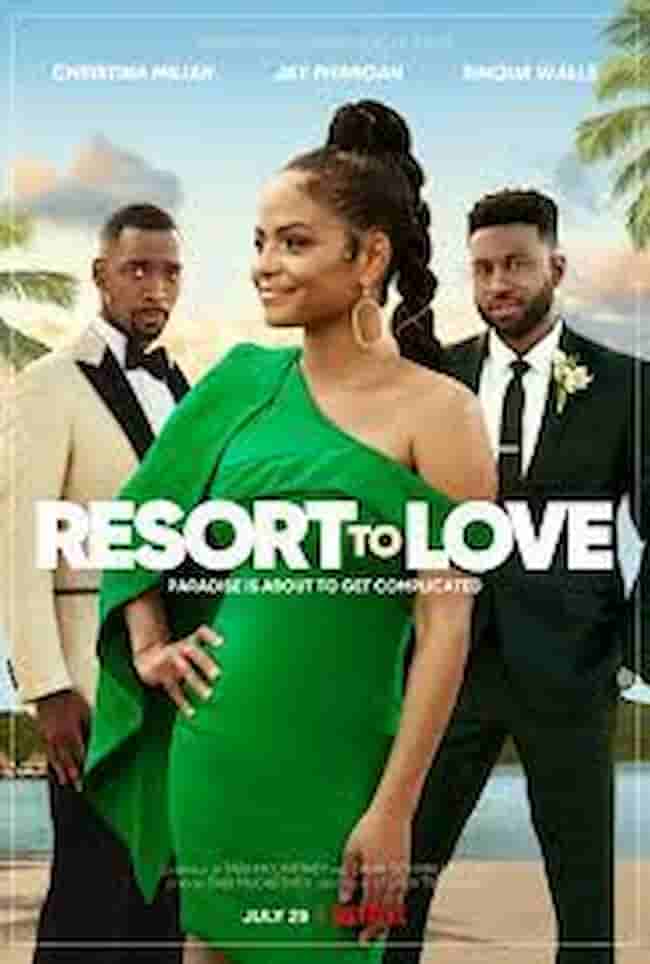 Where To Watch Resort To Love on Netflix, Amazon Prime, Hulu, HBO Max?

Resort to love is one of the latest rom-com American movies released in July of 2021.

It is produced by Alicia Keys, Maggie Malina, and Jeremy Kipp Walker and written by Tabi Macartney and Dana Schmalenberg. It is directed by Steven Tsuchida.

In this movie, the protagonist Erica Wilson, played by Christina Milian, is an aspiring singer. She breaks up her relationship which had lasted for four and a half years with her fiance Jason played by Jay Pharoah. She is also facing turbulence in her singing career.

In a desperate attempt to get a gig, she is confused and tired but somehow ends up being hired to sing at a luxurious wedding on a Caribbean island. The only problem is that this is the wedding of her ex-fiancé Jason.

This stirs up a storm of emotions in Erica. She manages to bump into a charming guy named Caleb, played by Sinqua Walls, who also embarrassingly happens to be Jason’s brother.

These circumstances make the encounters of these tangled characters funny and romantic at the same time and making the movie one hell of a dramatic and hilariously unpredictable ride.

This movie is available on Netflix for the time being.

Will there be a sequel to this movie?

The ending left the viewers to make their own interpretations. Erica turned down the offer to be set up with a top musician and goes to the ocean with Caleb after getting over Jason.

But viewers are curious to know if she has given up on her career only to settle for her ex’s brother if they will get married if they will stay on the island itself among many others. But there has been no official statement from the makers of the movie.

They will perhaps analyze the response to this movie before deciding on a sequel.