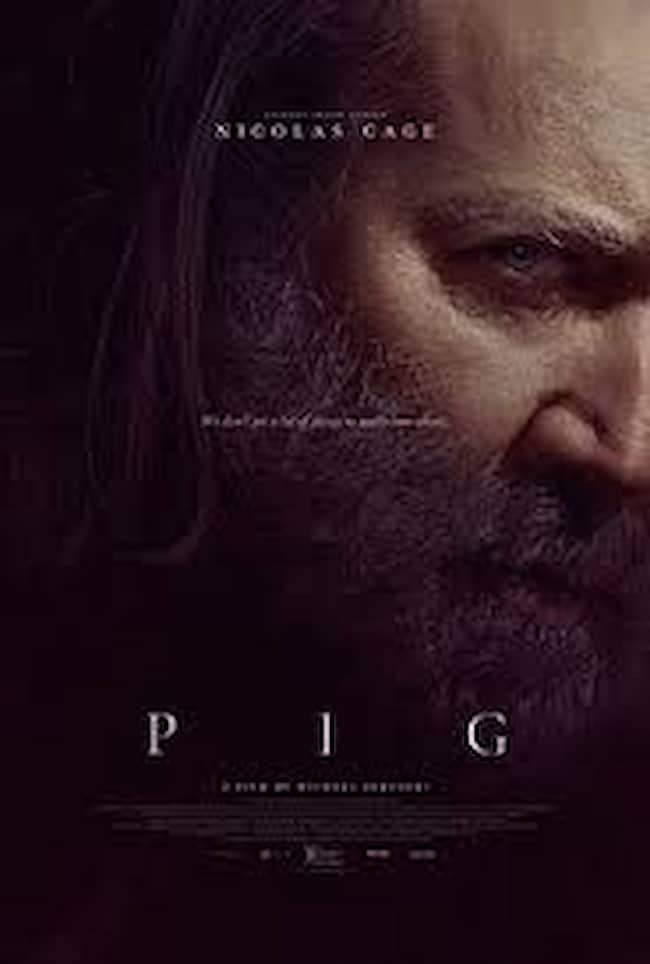 Remember how Keanu Reeves in John Wick took the entire clan of gangsters down for killing his dog and stealing his car? This movie is somewhat similar but still dissimilar.

This 2021 thriller drama movie is about a truffle hunter who used to be a chef in Portland but now lives in a cottage in a jungle and has a pig who accompanies him on his truffle hunting journeys. One day, he is attacked by a band of robbers who steal his beloved pig. So he heads out to Portland to find his dearest companion.

Neither critics nor audience can stop praising this gem of a movie that got a 97% Rotten Tomatoes rating and 7/10 IMDb ratings. Nicholas Cage has outdone himself yet again with his wonderful performance in the movie. It is even being hailed as one of his best works ever.

The movie displays the protagonist Rob’s struggle with his past, passion, artisan cuisine, unlikely friendships, beauty, and downsides of the culinary world in an immersive storyline. The movie was directed by Michael Sarnoski and also written by him along with Vanessa Block.

This American character drama might start out bizarre but it is a beautiful movie. The movie is said to keep you hogtied to your seat during the entire 92 minutes of run time.

The movie was released in theatres in July in the US and Canada. It was released in the UK in August of 2021. However, the movie is still not available on any of the streaming platforms like Netflix, HBO Max, Hulu, or Amazon Prime.

But it is available to buy or rent on VOD platforms such as Amazon Prime Video, Apple TV, Google Play, Vudu, Spectrum, and more. Being a NEON movie, it is most likely to be available for streaming on Hulu.