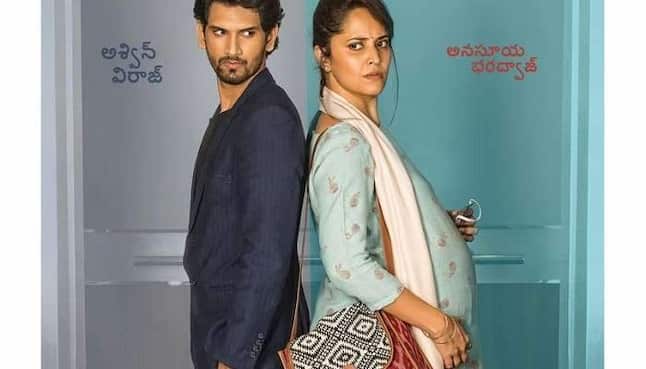 In this pandemic situation, the people of the nation can not go out to the theaters to watch the movie so that they can get the movie online platform.

Anasuya’s Thank You Brother To Have Direct OTT Release

The director of the movie is Ansuya Bharadwaj and Viraj Ashwin. The decision of both directors will get in the light to not release the movie in the theater.

However, Ramesh Tripathi is also a filmmaker, and they have taken decisions for the film making. The director makes the story of the film very interesting and makes the audience’s attraction in the whole film.

About the Thank you brother film:

According to the movie reviews and the other article, the lady who plays the role of the pregnant woman is the Ansuya.

In the story of the film, the pregnant lady gets stuck in the lift during the story. However, the lady is not alone in the lift but with the male person whose role is played by Viraj Ashwin.

The director of the movie will release this movie on 30 April on the Telugu-based OTT platform. So fans, remember this date and do not forget to w2atch this movie on the first day of release.

For more updates of other movies released to date, stay tuned with us. We will provide you the further information about the movie.

Why the director skip the theatrical release of this movie?

Looking at the country’s situation in the recent scenario, the director has decided to make the release of the movie on the OTT platform. The country is suffering from the COVID-19 pandemic, and in this situation, it is very dangerous to go out.

The theater is also closed due to following the COVID guideline. The filmmakers are decided to make the film very interesting, and they are releasing it on the Telugu-based OTT platform.

In this current scenario, the people have to make sure that they should not go out without absolute necessity so that the person has to stay at home and they can watch this movie on their him only.

The people do not have to go out to watch this movie. This way, the people can stay safe and stay refreshed after watching this movie.

To make the climax unopened, you can watch this movie. There are many other actors like Viva Harsha, Archna Ananth, and Danish Kuruvilla are in the movie. With this superb actor, the movie will be going to be the most exciting one.