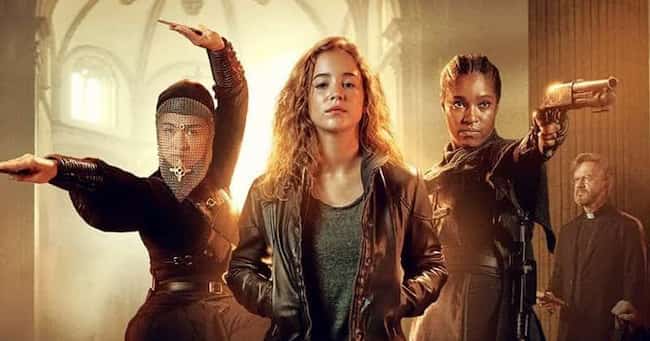 Warrior Nun is one of the unique action shows and follows the story of a game named Ava, who supposedly was dead but wakes up in a morgue and now has some superpower.

The show includes everything from science, fiction, freedom, and a lot more stuff, and season 1 ends with a cliffhanger that has kept fans anticipating the release of the second one.

The show Warrior Nun was initially inspired by Maga comics, and the comics don’t focus on Ava but Sister Shanon, who dies in the first episode of the show.

One of the best things about the show is it is shot overseas e and has an international cast. In addition, the original creator of the comic books, Warrior Nun Areala’ helped the writers on the show write about various things, as he is pretty knowledgeable in that area.

If you’re an avid watcher of the show, you may notice that the episodes are usually named after the chapters or revelation of the Bible and are very well-known parts of the same.

We don’t have any idea when the season is coming out, but people are expecting the release date of the show to be announced by September 2021.

And the show may arrive by 2022 as the previous series almost took a year to arrive on Netflix.

Season 2 may include few new faces which are not yet been introduced. Still, there’s quite a buzz on the internet about the cast that may supposedly be part of the show Alba Baptista  (Ava Silva), Sister Beatrice (Kristina Tonteri-Young), Sister Lilith (Lorena Andrea), Sister Camila (Olivia Delcan), and various similar faces from the previous seasons.