The film Seetimaarr was about to release on 2nd April 2021, but it is delayed to the next date. There is no announcement of the exact release date.

As we get any update regarding the release date of the film Seetimaarr, we will update it here. So, make sure to visit this website regularly.

But we hope that the film Seetimaarr will be released this year, 2021. Seetimaarr is a Telugu sports action film.

Visit this website frequently to read the latest updates and news, and do not forget to add a bookmark to this website. Stay tuned for the next update. 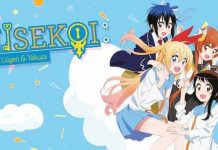