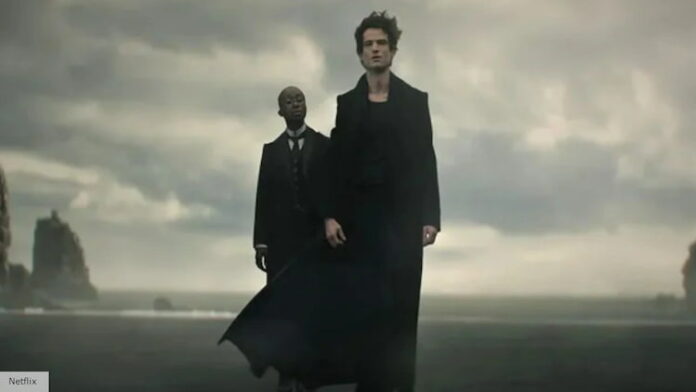 The Sandman Season 1 went absolutely amazing on Netflix, or should we say, it is still doing pretty well! The series has been at #1 on Netflix’s Top List and that too for more than two weeks.

Since the series received such an amazing response from viewers, fans are now looking for The Sandman Season 2 renewal. Let’s talk more about the upcoming Sandman season and its release date. 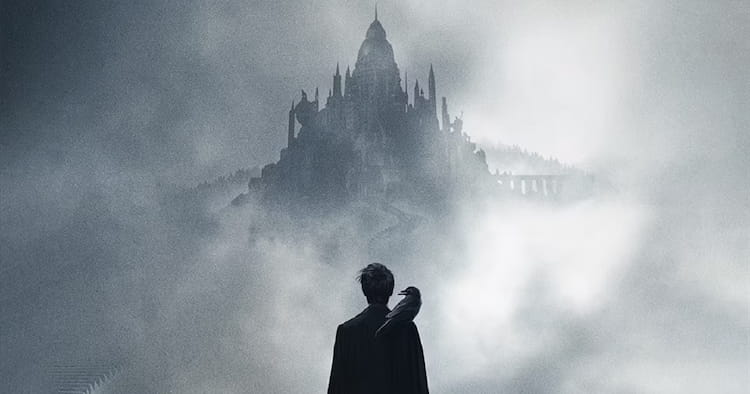 The first season was released on 5th August 2022. Since the release, fans have been loving it. When a series has such an epic storyline and unique characters such as “dream” and “Hell” is included, it is a sure-shot recipe for successful series.

Fans have been wondering when Netflix will be renewing the series for its second season. Until now, there has been no official announcement about The Sandman Season 2 renewal.

Neil Gaiman on #TheSandman season two: “Scripts for Season 2 were written this year so we would be ready to go if we get another season.” 👀 pic.twitter.com/AWQRgfbcGn

Generally, it takes a few weeks until Netflix releases renewal notifications for such series. But under circumstances, it might take some additional time considering they are busy releasing more series and films. Not to worry, seeing such a huge fan base and popularity of The Sandman Season 1, the series is highly getting its renewal. 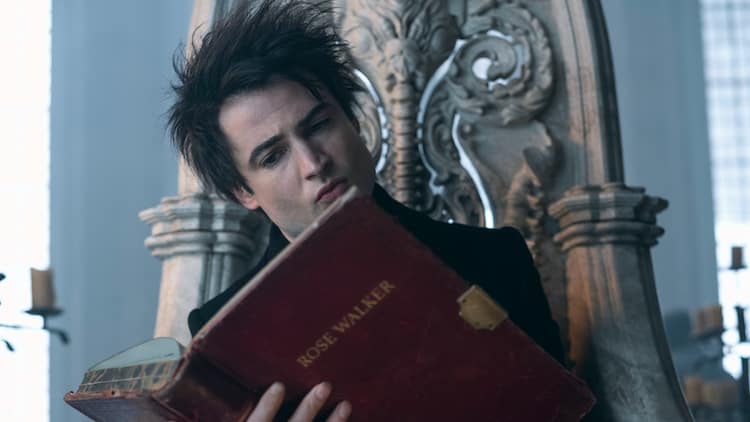 There is a number of fans who have already started to request as well as demand the second season of The Sandman. They have started to share tweets with #RenewSandman and re-tweeting it by tagging official Netflix and makers as well as producers of the show.

If you are also a fan, do share similar Tweets and re-tweet those which have already been shared. This is definitely going to take the attention of Netflix and that might speed up the process of the renewal.

NETFLIX DON'T BE STUPID RENEW THE SANDMAN!! ITS THE BEST CONTENT YOU'VE HAD IN YEARS!! #RenewSandman #TheSandman pic.twitter.com/nqsC3jsMKe

Remember, there are 3 more Endless that Endless siblings we have yet to see on screen. #RenewSandman for that messy family dinner 😭 pic.twitter.com/1c9CzFd3MA

Based on The Neil Gaiman Comics

The Sandman series is based on very popular comics of the same name. They are written by the famous Neil Gaiman. Those who are not already aware should know that the first season of The Sandman covers only the first two volumes of comics.

See also  What We Do in the Shadows Season 3 Release Date, Cast, Plot - All We Know So Far

They are Preludes and Nocturnes and The Doll’s House. There are 10 core volumes of the comic. Not just that, there are so many other adaptations including a Prequel and many spinoffs from the Sandman Universe.

From the mind of Neil Gaiman, a two-part bonus episode of THE SANDMAN, featuring the stories "A Dream of a Thousand Cats" and "Calliope," is now streaming only on Netflix. pic.twitter.com/0z71QUNStG

So, there is no question about the plot or possible storyline for the makers. They already have the best-ever storyline and potential characters. All they have to do is get all the characters and shoot for the second season! And that with their screenplay of course!

All these volumes and spinoffs, prequels, and more are waiting there to be turned into a series. And such number of volumes is quite more if they want they can have so many more seasons of The Sandman, just saying.

Earlier, Dream introduced Lucifer as the “Friend” but later on by the ending of the first season, we saw quite different scenes playing out. There are many generals from Hell who are encouraging Lucifer to fight against the Dream.

Along with that, we saw what Corinthians has been doing. Also, there is a much-awaited love story between the dream and Nada. Let’s see what plays out how.

The Sandman has been a success with both critics and audiences. The numbers are great. It's time to resort to begging: Netflix, PLEASE give us a season 2. https://t.co/ou4YAf0mTC

As we discussed earlier, the first season of the series covers two volumes. If we go according to this format, the second season of The Sandman might cover the next two volumes of the comics.

So according to that, there will be A Game of You that has the story of Barbie in it. She happens to be the tenant of Hal’s residence as shown in season 1. She has her own fantasy realm, known as The Land. It is inspired by the popular Labyrinth by Jim Henson.

She also happens to have a companion with her i.e. a creature that kinda looks like a dog, but not exactly a dog. It is called Martin Tenbones. He is very wise and as you can imagine, can talk!

There are going to be talking animals, talking severed heads, what more fans could ask for!? So let’s just wait for the official plot release from Netflix and then we will see how it goes. 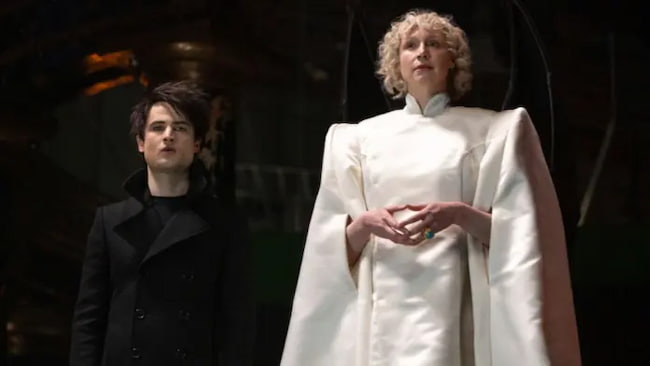 Of the comics and many volumes, the second season i.e. third and fourth comics happen to be the most popular. And guess what, if – when the second season gets is a renewal, we are going to get official confirmation from the makers.

Then fans will be happy after knowing about the storyline for the second season.

According to that, the story in the comics begins with an officially “Endless family meeting.” Yes, you read it right, and endless one. We are talking about Dream’s family and fans are already aware of a few family members.

For this meeting, we are going to see only four members, rather than all eight members. There will be dreams, death, desire, and despair.

the sandman being one of the best shows I've seen in years, announce season 2 already netflix?! pic.twitter.com/b6HsMgWxet

Our beloved Dream is played by  Tom Sturridge, Desire is Mason Alexander Park, Despair is Donna Preston and Death is Kirby Howell-Baptiste. Desire is always seen scheming around wherever he goes. Do you remember Nada?

The one who was seen in the first season and happens to be the long-lost love of Dream. She also has an absolutely amazing story about how they fell in love with each other. We might get to see more of this story in the second season.

As soon as Netflix releases the official notification for the second season’s renewal, they will also release the entire cast list. With that, we will also get the list of newly recruited cast members for various roles.

The Sandman Season 1 Performance on Netflix

Since the show was released The Sandman Season 1 has been ranking as the #1 Netflix Show for three weeks. And later on, the show was still on the Week Top 10 Series list until its 6th week. That definitely says something about the success of the series. Along with these figures, the number of hours has also seen quite the increase for The Sandman Season 1.