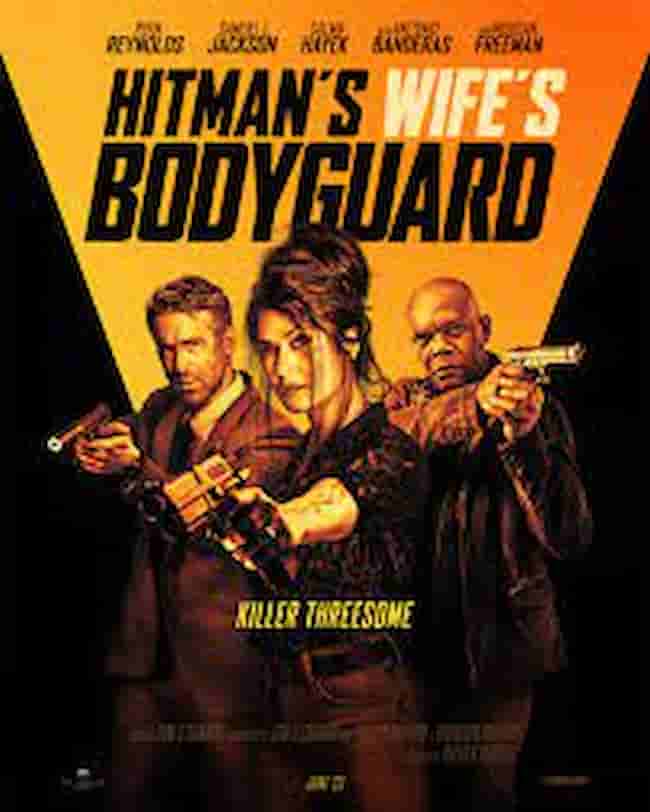 The Hitman’s Wife’s Bodyguard: Is it Worth Watching or Not?

The Hitman’s Bodyguard was a 2017 summer hit, and people absolutely loved the duo of hitman and bodyguard starring Samuel L. Jackson and Ryan Reynolds. Where the bodyguard was assigned to protect the hitman.

As the movie progresses, we get to see how fate connects both of them. In the sequel, The Hitman’s Wife Bodyguard, we see anxiety-filled Michael Bryce, who takes a break from bodyguarding.

Meanwhile, Kincaide is kidnapped by some people, and the last thing his wife hears him say before he is kidnapped is ‘Michael Bryce’. So goes on to find him and asks him to assist her in helping find Kincaide.

And from then on, the action-packed comedy misadventure movie begins, and it indeed won’t disappoint you.

A cast of Hitman’s Wife Bodyguard

We’ve Ryan Reynold reprising his role as the award bodyguard of the year Michael Bryce and Samuel L. Jackson as the hitman Darius Kincaide and his lovely wife and an international con artist Sonia Kincaid (Salma Hayek) on a life-threatening mission.

We also have some additional characters that will be introduced later on in the movie as and when needed.

Yes, the movie is absolutely worth watching and if you like the first movie, you’ll surely love the second one. The trio gets trapped in a life-threatening mission, where we get to meet Michael’s father, Sonia’s ex-lover, and Kincaid’s rival in business. The movie heavily focuses on family.

The family Sonia and Kincaid are planning to have, and then they do have a family. But you’ll have to watch the movie to find out what family we’re talking about.

The movie is worth watching with its action, comedy, and loads of cussing. Also, keep watching the movie till the end credits as there’s something you don’t want to miss.