One plus is a Chinese smartphone manufacturer company which was founded by Pete Lau and Carl Pei in 2013. Its first smartphone was launched in 2014 by the name Oneplus One. Since then, the company has manufactured a total of 15 smartphones. The company recently launched its latest models of smartphones in April 2020 namely Oneplus 8 and Oneplus 8 Pro. We will take a look at both of these models in detail.

Oneplus 8 is the latest model launched by the company. Let us discuss it’s specifications in detail

The first is 48 mega-pixels primary camera with an f/1.75 aperture and 0.8-micron pixel size.

Second is a camera with 16 megapixels and f/2.2 aperture.

The third is a 2 -megapixel camera with an f/2.4 aperture

Oneplus 8 is available in 3 variants-

The box contains the following items-

Oneplus 8 is being sold at different prices across different websites. Though, an average price is 44,999 INR.

Oneplus launched a video featuring Oneplus 8, it’s a newly launched smartphone. The video was about releasing its first looks. Oneplus, ever since launched its first smartphone way back in 2014, has been able to win the market due to its quality and pocket-friendly prices. The specifications and that the phone has been offering are too good for the price. The customers hesitated to go with the new brand initially even though the company provides spectacular features, now as the company has made it’s market value, the smartphones of the company has seen increased demand over the years. Oneplus 8 is one such example of extraordinary features at a budget-friendly price. The other companies with similar or same features are selling the phones at much higher prices.

Let us now discuss the other smartphone launched by the company in April this year which is, in fact, an advanced version of one plus 8. It is named as one plus 8 pros.

Various specifications of Oneplus 8 pro are-

The sensor present is Sony IMX689, has 48 megapixels resolution, lens quality is 7P

Telephoto lens- It has 8 megapixels resolution and an aperture of f/2.44

Ultra wide-angle lens- It had 48 megapixels resolution and aperture of f/2.4

Color filter lens-It had the 5-megapixel lens and an aperture if f/2.4

The box contains the following items-

Oneplus 8 is being sold at different prices across different websites. Though, an average price is 54,999. INR.

Both the models of Oneplus 8 has been launched on the same day due to the fact that both carry almost similar specifications, pro being a little ahead in some. Some advanced specifications have been added in Oneplus 8 pro putting it a step ahead of Oneplus 8. There is also a price difference of almost 10,000 K which happens to be a lot and the price difference is majorly due to those advanced features added.

On the other hand, if we compare the two smartphones with the smartphones of other companies having similar specifications, we would notice that Oneplus Is offering so many services at a very reasonable price.

Comparing one plus 8 and Oneplus 8 pro

The main differences are

Both smartphones have gained popularity very soon. Almost a month and we see so many positive reviews from the buyers all across.

The A List Season 2 Release Date, Cast, Plot – All We Know So Far 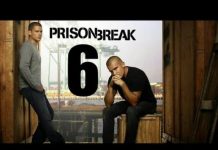