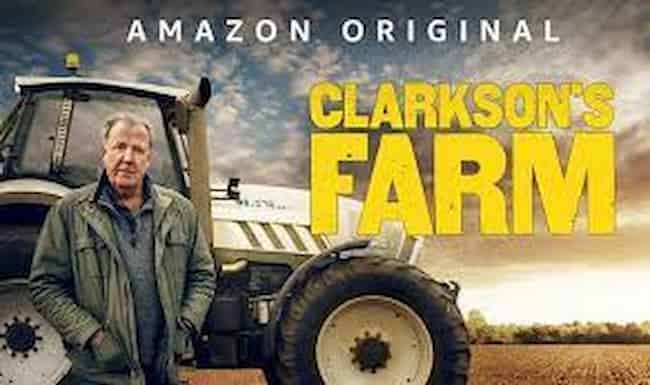 This is an English documentary series that follows Jeremy Clarkson attempting to run a farm in the countryside with no prior experience of farming. He struggles with disobedient animals, the worst weather ever for farming, pandemic, and unresponsive crops. You must have come across that meme on your dash “I Honestly believe that sometimes, my genius, it generates gravity.”

This is from this series only and it received huge love from the audience and a 9.2/10 IMDb rating! Directed by Gavin Whitehead, this series has it all: laughter, sadness, and everything in between. This shows Jeremy in a different light, it shows his caring side, his funny side, and his emotional side which was perhaps not seen so easily in Top Gear.

Of course, the real star of the show is the farm itself; the beauty of the land, the disobedient sheep, the hens that rarely lay eggs, and of watching a novice learn to farm his land. Most sweetly, Jeremy’s child-like delight at growing “a thing” and more heavily, his constant race to beat the weather.

This program also shows how tough farming can be and that even if you’re an expert, you can’t control the weather, and to be at its mercy can be heartbreaking. The show got a lot of popularity thanks to its humor and light-heartedness along with its authenticity. Fans had started a petition on change.org demanding the new season.

The original cast is expected to continue with their roles. The second season will again follow Clarkson’s journey on the farm with the landowner Charlie, Clarkson’s girlfriend Lisa, and Kaleb the tractor driver. It also includes Gerald Cooper, Kevin Harrison, Callister, and Ellen Helliwell. New animals are also expected to be introduced in the new season at the Diddly Squat Farm.

Clarkson shared a picture of a cow on social media, calling her Pepper. Amazon has assured the viewers that they will get more of Kaleb Cooper and there will be a deeper insight into the workings of a farm.