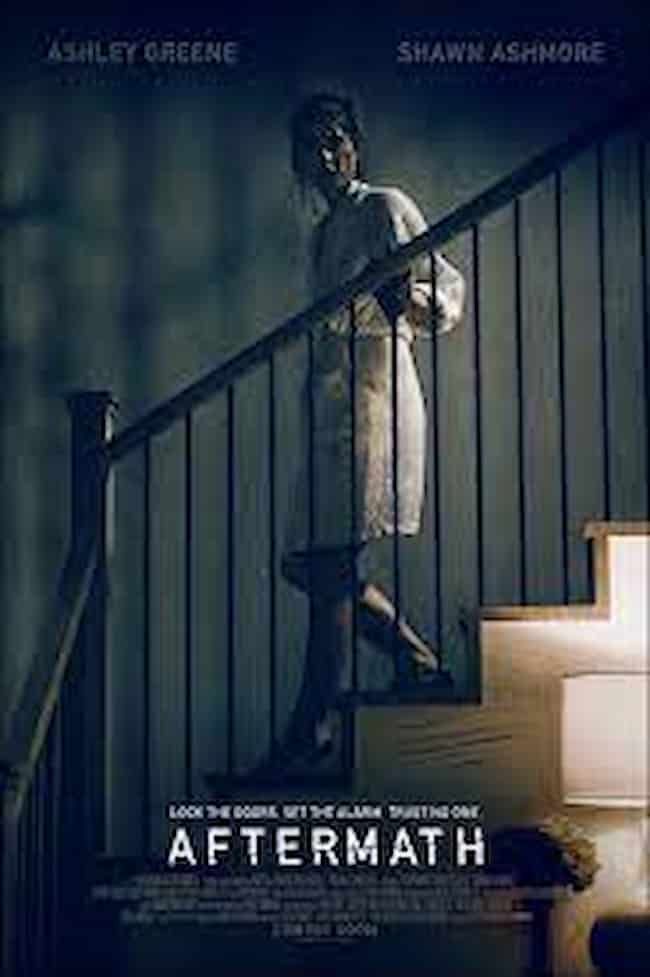 Aftermath is yet another horror flick on Netflix that was released last month on the streaming giant. It follows the lives of a young couple who’s on the verge of breaking apart.

They move into a new house hoping to work out their problems and save their marriage but they end up getting caught with the disturbing past of their new house where a murder had been committed.

Then strange things start happening to them. Their dog gets poisoned, they are stalked, their house will show up for sale on real-estate sites, and they even find a corpse of Dani. It is directed by Peter Winther.

It features Ashley Greene as Natalie, Shawn Ashmore as Kevin Dadich, Britt Baron as Danu, and Diana Hopper as Avery along with many others. The movie is said to be based on the true experiences of Jerry Rice and Janice Ruhter who purchased a new home in San Diego, California.

Is this movie worth watching?

It is an average movie and got just 5.4/10 ratings on IMDb. However, The suspense of a mystery man behind the bizarre occurrences was quite effective and horror scenes were frightening enough.

The stagecraft is well executed and the sound effects were also good. Despite its flaws such as its predictable parts, the ending was appropriate. It had a chilling plot and it was not altogether ridiculous.

Despite the low budget, the movie manages to deliver good entertainment and it is worth watching at least once.

The hardcore horror fans might not be impressed but for a casual audience, it can be worth watching at least once.

Will there be a sequel?

This was a low-budget, “based on true events” movie which fares well enough. There is no official announcement of the second part but it is not entirely impossible given the good response from the audience and area for modification of the movie left in the plot.