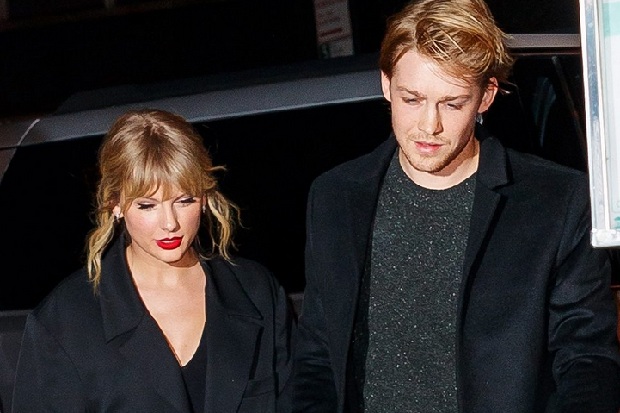 Joe Alwyn successfully underwent a relationship with his world-famous girlfriend, Taylor Swift, for three years and this is not a short time. In fact, making love is somewhat romantic. What is the secret?

The 28-year-old British actor claimed to accept that if the date he had with one of the most famous singers in the world attracted attention, but he was quite adept at ignoring the issues surrounding his girlfriend.

In an interview with Entertainment Tonight, Joe said he did not really know the news that was developing and he did not want to be involved in a problem he did not know about.

“I’m just not really involved with anything that I don’t want to know. So, if there is additional ‘noise’, I am not very interested, I will just turn it off and it will just disappear to some degree, “Joe said.

Earlier, Joe stated that when dating Taylor, there were rules, namely not talking about his girlfriend in every interview. The reason is quite appropriate, he sees no reason that requires him to share details about his personal life with others. “I don’t think more than anyone else. I don’t think anyone you meet on the road will only spill your guts, so why should I? And then it is defined as ‘strangely personal’. Well. But I don’t think so. I think that’s normal, “he explained.

Meanwhile, the star of ‘The Favorite’ praised Antonio Banderas as the reason he became an actor. Joe is a big fan of the 1998 film ‘The Mask of Zorro’.

Joe gets the chance to meet his childhood hero at the Oscars in October 2019 and he admits he has to hold back his excitement and not challenge Antonio for a ‘sword fight’.

“You are sitting there watching these four amazing legends get the respect for the most amazing work, someone like David Lynch and Geena Davis. And then you meet the people you’ve watched, “Joe explained.

“I am a big fan of ‘Zorro’ who grew up. That is one reason why I might end up acting. I really just shook his hand and said, “Hi!” It takes everything inside me not to challenge him in a sword fight, “he added.