She is best known for her performance in the Bollywood film named Missing On A Weekend which was released in 2016. Khushboo Kamal played the role of Smriti Yadav.

Khushboo Kamal also performed her best in a short film named Judge Me Now. She also appeared in a television serial named Jai Maa Vaishno Devi, which was released in 2008 on the television channel 9X TV.

Khushboo Kamal grew up in Kanpur, Uttar Pradesh. She is single, and there is no news or update about her relationship with anyone.

Khushboo Kamal pursued engineering at Bundelkhand Institute of Engineering and Technology, Jhansi. She did her school at Shivaji Inter College, Kanpur.

Khushboo Kamal is an actress and dancer also. She loves to dance. Khushboo Kamal was born on 13th April 1987, and she is 34 years old.

Khushboo Kamal’s mother’s name is Janki Kamal. She has two brothers; Ashutosh Jamal and Ashish Kamal. Khushboo Kamal also worked in many films such as Balance Your Mind in 2020, Ankur Arora Murder Case in 2013, etc.

Let’s talk about the social media profiles of the Indian actress Khushboo Kamal.

Find some photos of the Indian actress Khushboo Kamal below. 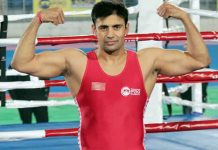 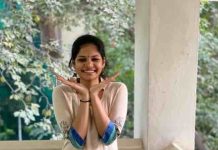 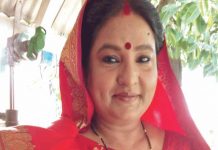