Many people do not enjoy movies at theatres as they have to spend a lot of time and they cannot enjoy them at home also as they are not available on TV. For this reason, web series become very popular. One can easily download some of the popular Hindi web series from the list and enjoy them during his free time.

The best part about them is that one can get different stories that are usually not seen in big films.

This series set the Internet on fire with its bold and realistic content. Nawazuddin Siddiqui delivered one of the best performances of his life along with Saif Ali Khan in this series. It has two seasons, and you will definitely enjoy both of them. However, you should be aware that it has some mature content and some violence. Hence, it may not be suitable for kids. This series was a huge hit on par with some mega movies of Bollywood, and you will definitely admire the effort behind this series. The character played by Nawazuddin will be remembered for a long time by the audience due to his realistic portrayal.

If you remember Mitali Palkar, it will be because of this web series. She delivered an awesome performance along with Dhruv Sehgal, and you will remember this story for a long time. The small things that creep into any relationship are shown in a beautiful manner, and it is heart touching. There is a realistic approach to the entire story. You will definitely like it if you are a fan of romantic stories.

The story is bold, and it deals with the life of a woman constable who picks up a mission to nab the most wanted criminal. The entire undercover operation is shown in a realistic way, and it surely makes for a must watch on weekends. You will be thrilled with the twists. The star cast is very good for this kind of story. It got a good response from the audience, and you can also expect a sequel to this one in the near future.

This recent web series starring Arshad Warsi and other good actors have made a good impression on everyone who saw the series. The story deals with a serial killer who has some misinformed ideology about ancient rituals, and he goes on killing people for this purpose. The killer poses a big challenge for the CBI team, and they also get entangled into this game. The real identity of the killer is not revealed even in the end, which suggests that it may have a sequel in the near future. The entire direction is done perfectly, and you will be impressed with this story.

This story about RAW agents will melt your heart as they struggle to deal with various issues. It has a realistic feel without much exaggeration, and the star cast is very good. Kay Kay Menon steals the show with his mature performance, and you will fall in love with his character. The series may also have a sequel in the near future as the first season does not end the story completely.

This story deals with the realistic side of hostel life, and you will enjoy it to the core if you have ever stayed in hostels. You can relate to most of the characters as they are portrayed nicely by the actors. It is in the lines of Kota Factory that deals with the lives of students from different cities. Make sure to catch up with this one with your friends.

There are a total of four episodes in the second season of the series Hostel Daze. It includes D.I.S.C.O, Love-Square, Gandagi, and Ghar Wapsi.

If you have missed this web series, you need to catch up on YouTube. It had Nidhi Singh and Sumeet Vyas in main roles. It is the story about their relationship. The family drama is told in a funny manner, which can make you remember this story for a long time. The best part about the series is the casting, as it is perfectly done. The actors have done a good job of elevating the story to a new level. It was a huge hit, and it has many fans throughout the country.

The story deals with startup troubles, and everything is shown in a funny manner, even though it has the right dose of emotions in many places. It is about the story of four friends who quit their jobs to start a venture and their struggles. Every urban citizen can easily connect with the struggles of these guys. The level of humor is simply excellent. The actors fit perfectly into their roles. You can watch this series with your friends.

If you are interested in watching simple love stories, this series will entertain you to the max. The story is set in scenic locations of Shillong, which are shown in a beautiful manner. You will feel the journey throughout the series. The music adds a lot of flavor to the entire story. The protagonists Anshul and Priyanshu, go out on a solo road trip. They meet accidentally, and then the journey starts. Later on, they come to know that they are ex-schoolmates, and the story proceeds, leading to a love story.

This is a teenage love story with some simple and beautiful moments that will remain in your memory for a long time. It has all those teenage emotions that everyone has gone through during this age. It is delightful to watch the performance of young actors. There is a lot of innocence in the way friendship is shown in this series. The love angle is also dealt with in a mature way, and you will definitely connect with the characters in this story.

With so many options, you will definitely enjoy your free time with friends and family members. There are different genres in these web series, and you can choose to enjoy your favorite type of series from the list. You can also download these Hindi web series from the official OTT platform after getting a subscription. Make sure to check the rating before you watch them, as some may not be suitable for family audiences.

The story of the web series Scam 1992 is based on a 1992 Indian stock market scam by Harshad Mehta. It includes a total of 10 episodes. It is the top-rated web series.

The story of the web series Scam 1992 is based on the book named The Scam: Who Won, Who Lost, and Who Got Away by Sucheta Dalal and Debashish Basu.

Scam 1992 was directed by Hansal Mehta and Jai Mehta. The main role of Harshad Mehta in the web series Scam 1992 was played by Pratik Gandhi.

Mirzapur is a crime thriller action television series. It was released on Amazon Prime Video. It is one of the most popular series. Two seasons of the series Mirzapur has been released and season 3 will soon arrive. Mirzapur Season 1 was released on 16th November 2018 and it consists of nine episodes. 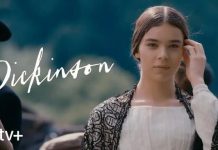