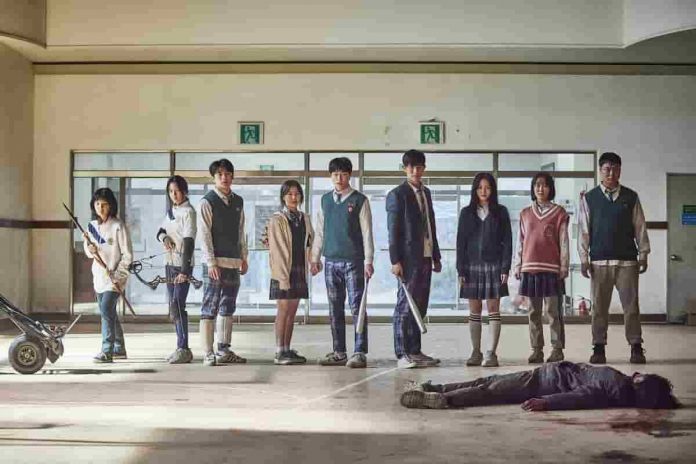 All of Us Are Dead Season 2 Renewal, Release Date, Cast, Storyline, and Everything You need to know

The Korean-language coming-of-age zombie apocalypse series has been renewed for its second season and will be releasing it soon.

All of Us Are Dead Season 2 Release Date

After being confirmed by the creators’ team, the show is finally going to be renewed! Fans from many countries are very happy about the official announcement related to the All of Us Are Dead Season 2 Renewal. As of now, the shooting schedule is all set to be released, and will soon begin the filming of the second series.

We all know how popular K-Dramas are, especially when there are zombies associated, it is even more popular than the normal series. Fans from all over the world are waiting for the release of the second season. Until now, there is no official news about the All of Us Are Dead Season 2 Release Date.

All of Us Are Dead Season 2 Renewal

The first season – All of Us Are Dead was aired on 28th January earlier this year and was one of the most-watched series lists. It even topped more than 80 countries’ lists and stayed the #1 show for a few weeks in 10 countries. This says something about the popularity of the show.

See also  Never Have I Ever Season 3 Release Date, Cast, Storyline, and Everything you need to know about Maitreyi Ramakrishnan

When a show is this popular, the creators also need to rethink the possible storylines and how the show can be renewed. Because, the story is already amazing, that is the reason why fans have been praising the show. And if the story is this good, they can definitely write up further storylines and make multiple seasons.

All of Us Are Dead

The series is based on a famous webtoon from Joo Dong-Geun and happens to be a Netflix Original Series. The story revolves around a group of teenagers who have been stranded in high school. Later on, they get to know that there has been a Zombie outbreak and they are in the middle of it. There is a total of 12 episodes in the first season and each of them has a runtime of more than an hour.

The series is also called Korean Style Zombie Graphic Novel because of the incredible storyline, perfectly crafted details, and the crazy imagination throughout the entire story. Since Netflix declared that they are going to convert this into a series on their platform, those who knew about this before, were quite excited about the release.

The Director and Writer of the Show

The director Lee JQ has been creating some of the most amazing works including Beethoven Virus, The Legendary Police Woman, Intimate Strangers, and then this – All of Us Are Dead.

Along with him, the writer Chun Sing-il is also quite popular for his brilliant words including The Slave Hunters, The Beginning, The Pirates, and now this zombie apocalypse series.

All of Us Are Dead Season 1 Finale

The final episode showed there were six students who survived and found an abandoned railway station. They were saved by the military and after a few months, the government lifted the martial law. The residents were still in quarantine and then the students returned to the ruins of their high school.

They met Nam-ra, who despite being half-zombie seemed in pretty good health. She was called “Hambie” meaning Half Zombie. She said that there are others who escaped from school and are in the same condition as she is. But they can not come in the normal because humans might go on killing Hambies on site.

Prior to the Zombie Apocalypse, Nam-ra used to be a loner in her life, not so active socially. But after getting into such a condition of half-human half-zombie, she was involved with others like her and became part of the group. She said she will be back and then jumped off of the rooftop, keeping everything thinking about where she wandered off to.

All of Us Are Dead Season 2 Storyline Possibility

After Nam-ra turns into a humble and then reveals that there are others like her, this could be a great storyline or at least one of the stories for sure. There might be something related to the virus that can be spread through these infected ones.

Along with that, there can be another storyline regarding the bombing and the aftermath that was left after the bombing incidents. Also, being a Zombie renewal series, there have to have more zombies in the second season too. Hence the writers can also make some stories related to how the survivors became smarter and can now fight strongly against the zombies.

See also  The Girl in the Woods Season 2 Release Date, Cast, Plot - What to Expect

When a show is this popular, it has to have villainous characters in it. For All of Us Are Dead, there was Cheong-san. He could return for the second season as well as play his evil role. His anger can be really good while killing zombies, they surely will stay dead once he beats the s*** out of them!

Some of the most popular characters in the show was/is Lee Cheong-san played by Yoon Chan-young. According to various fan theories, they want him back. For that, some of the fans are acclaiming that he fall down and was safe because while there was a bomb he had an entire pile of zombies on top of him and that is how he was safe where zombies were affected by the bomb. 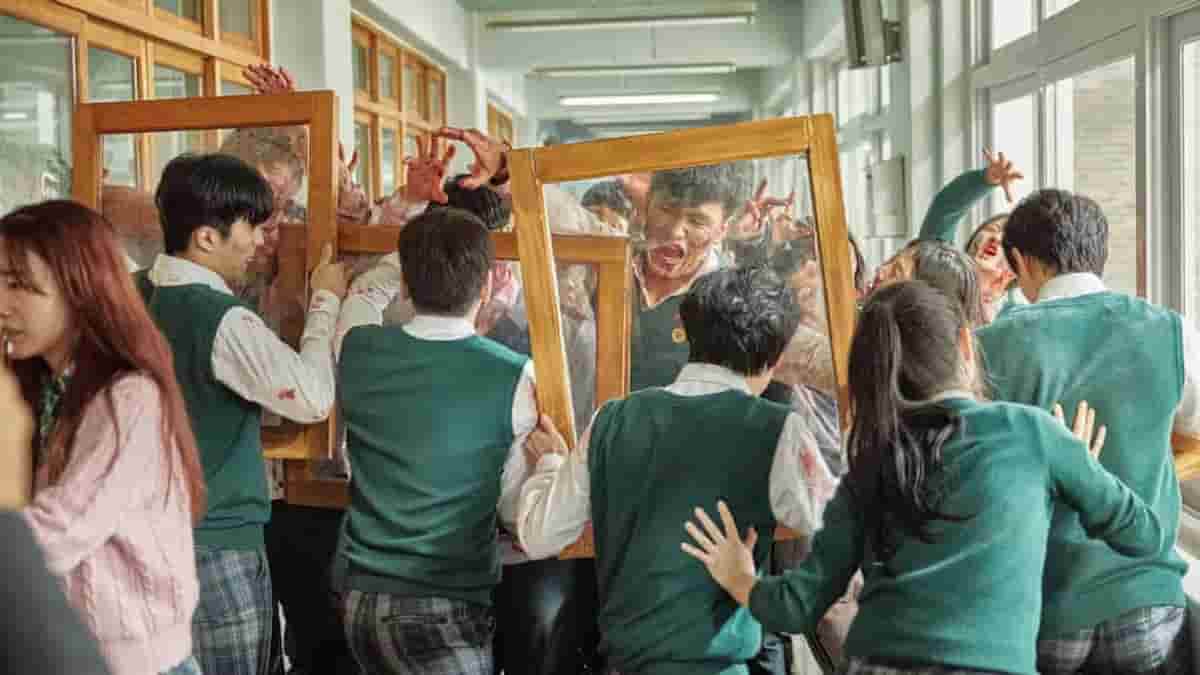 All of Us Are Dead Characters: