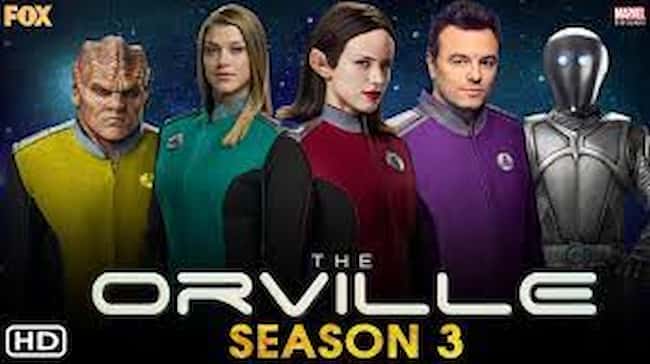 Seth McFarlane, a huge admirer of Star Trek, was so influenced by the franchise that he decided to create a satirical parody of Star Trek. The Orville follows the journey of a crew of spaceships that embarks on an adventure. It combines the genres of science fiction, action, mystery, drama, and comedy.

The show is set 400 years in the future and the earth is now a part of a vast civilization called the Planetary Union.  The protagonist Ed Mercer, played by Seth McFarlane himself,  has his life turned upside down when he finds out that his wife had cheated on him and he’s very heartbroken.

But he lands his dream job in the U.S.S. Orville captain and finds hope in his life again. But he is again shocked to find his ex-wife Kelly Grayson on the same spaceship as the First Officer. He still somehow manages to build a crew with all sorts of oddballs, including an Alien.

The series has now moved from Fox to Hulu so 11 episodes with 10-15 extra minutes of air time were promised. The teaser hasn’t been released yet and the crew is expecting to air season 3 by the end of this year.

The cast is expected to remain mostly the same as in previous seasons. A recurring character of Charly Burke, played by Anne Winters, is expected to join the main cast in this season. Eliza Taylor is also rumored to make an appearance in the new season.