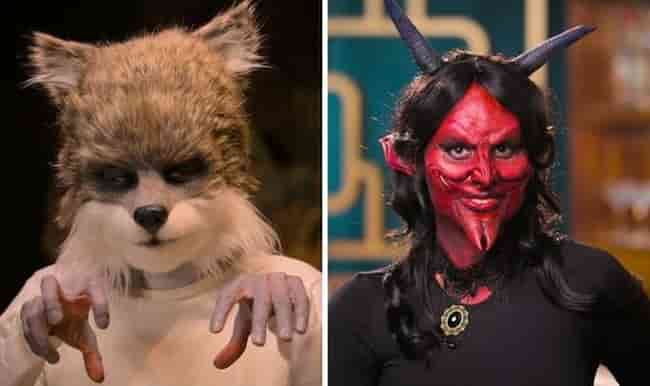 When you ask someone to think about Sexy Beast, some may picture a very different visualization, likely something related to Beauty and Beast. Still, when it comes to Sexy Beast, Netflix’s unusual dark comedy dating show, it turns out to be a lot more interesting.

It’s a dating game show where the contestants are playing a game, and they transform themselves into creatures, supposedly sexy beasts using prosthetics and weird make-ups to hide their faces.

Then there’s a round of rejection, and it repeats till only one suitor is remaining. Then, lastly, there’s the hot-ot-not reveal, which leaves the viewer exclaiming, ‘Damn, turns out he is hot!’

The concept of the show is quite complex and unusual. In each episode, contestants go on a date wearing bizarre makeup and costumes.

The comedic and dark-humored approach of the show is to test whether the couple on the date will like each other based on their personality without uncovering what lies behind the unusual makeup.

The exact format is expected to follow in season 2 of the outlandish cosmetics and the bizarre costumes.

The unusual reality TV show, Sexy Beasts, already renewed for the second season before the first even aired.

Although, no official announcement has been made regarding the same. But, the buzz on the internet for the unscripted television show will likely have an official release date by September 2021.

We have a Zombie, devil, Frankenstein, panda, bull, demon, cheetah group of odd creatures masked by the candidate with no information who is present in the next season.

Though we know who the show’s host will be, it is Rob Delaney from the show Catastrophe.

The show’s concept may be bizarre, but the idea behind it is excellent where the candidates judge each other based on their personality, character, and physical appearance.