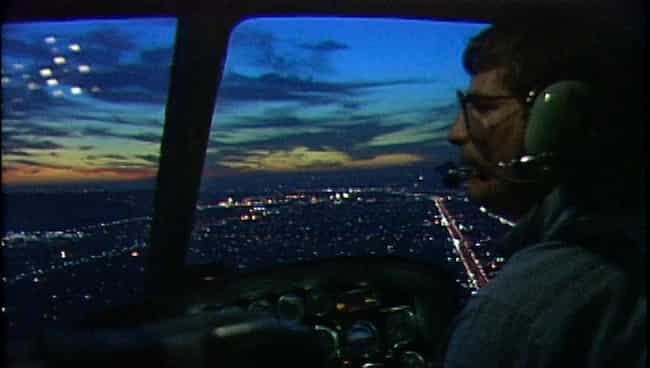 Whirlybird is the latest documentary movie that explores the life of the pioneers in news reporting-  Bob Tur and Marika Gerrard.

They had taken the world of journalism in the 1980s and 90s by storm as they introduced to the world a new form of reporting- through a helicopter over the sparkling city of Los Angeles.

The movie directed by Matt Yoka, also known for his work Wandering Star, shows the intricacies in the relationship of Bob and Marika.

The two spent the best time in the sky, but it also strained their relationship to the point that they had to opt for divorce.

The movie also analyses and forces the viewers to rethink their conception of news, which is a very relevant point given all the fake news. However, it mostly just focuses on the private life of these two journalists.

The point was to show the audience how their sense of awareness about the world keeps them from being aware of their own selves and how the pressure to document and get the breaking news broke the family.

It shows the toll the adventurous journalism took on the family. Many years later, Bob finally accepted herself following a gender confirmation surgery, emerged as a transgender person, and was renamed, Zoey.

Where to watch the movie Whirlybird?

The movie is only available to rent on video-on-demand platforms. It is not yet available on any OTT platform. However, it can be rented from iTunes, Amazon, Vudu, Microsoft Store, Google Play, Redbox, etc.

The movie is released in cinemas in US, and it is also available on SPectrum and DirecTV. Still, it is not available on Netflix, Hulu, or HBO Max yet, despite their huge collections of documentaries on various subjects.