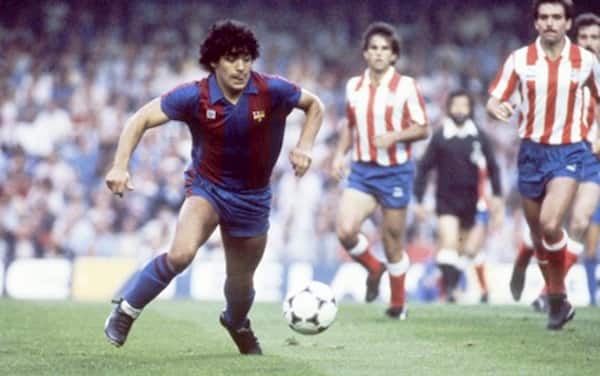 The last thing any business wants to hear is that the Government are closing down different industries and that their business is included. Although that might seem like somewhat of a rare occasion, businesses experienced this throughout 2020 and 2021. In fact, for many businesses they were told on several different occasions that they would need to be closed for a period of time. Being forced to close their doors and turn away custom is something no business wants to do – after all, it isn’t going to result in anything but lost custom. With closed doors and people being forced to go elsewhere for their goods and services, it could also mean that loyal customers are lost as they find somewhere else that they prefer to shop. Lockdown will have dented the finances for many businesses for a variety of reasons, but the ones that survived will have been the ones that adapted quickly and made sure that they did to keep up with changing customer demand.

The Food and Drink Industry

One industry that was forced to change quickly and adapt to the needs of its customers is the hospitality industry. With pubs and restaurants closed, there would be no customers through the door to spend money – not only that but if they didn’t act quickly then the stock they already had in (and paid for) would be ruined. This called upon them to adapt quickly and make sure that they offered something that customers would need. For most of them, this meant adapting their menu to be suitable for home delivery and takeaway services. Most experienced chefs will be used to creating new menus, but to do this on such a quick turnaround would have been somewhat of a rarity. Then they needed to make use of technology to make sure that their customers – and potentially any new customers would know that they had launched this new service. A big part of this would have been via social media, where they could use advertising algorithms to target local customers, which would have been important.

Land-based casinos and betting shops were also forced to close, which meant that people would have needed to look elsewhere for ways to place their bets – although many large sporting events were cancelled which was another hurdle the betting industry had to overcome. Although online betting is nothing new, statistics show that during lockdown it is something that increased massively in popularity – which makes sense because people were stuck at home and therefore looking for things they could do online to be entertained. Betting shops embraced technology and either launched their online service or made sure that their existing online options were pushed out to the right market in order to make sure it was used.

Not only that but over recent months we have seen them make use of things like affiliate links to gain extra money from advertising – something that has been popular with bloggers and social media influences for some time. Even the best online casino sites in Canada & other areas are subject to licensing and regulation with the government, but affiliate links don’t need to be operated in such a strict way. That is why with the increase in popularity of online casinos many people chose to promote them via affiliate links and earn themselves some money along the way.

With big events being cancelled throughout most of 2020, sports leagues were unable to take place and therefore ticket sales were lost and revenue from spectators attending games was non-existent. Over recent months we have seen a rise in the popularity of eSports games – where people can watch virtual games and bet on the outcome of the winner. Changes in betting rules and sports promotions mean that brands are even allowed to sponsor some of these events which has helped to increase their popularity too.

Entertained was a big deal throughout lockdown – people were stuck at home without being able to socialise and in many cases not even able to go to work. Zoom noticed a massive uptake in its services and even put in place measures so that people could make longer calls with friends and family without having to pay the usual membership fee to be able to do so. Social media grew in popularity as people turned to this as a way to unwind – either creating their own content or watching as others shared theirs. This growth in popularity for social media influencers saw many of them embrace technology as a way to make money and earn a living. The growth in their platforms saw them given many opportunities such as being sponsored for posts and paid to share adverts on their pages. On top of that affiliate links also give them a massive opportunity to earn a commission for sharing recommendations for goods/services – which could add up to a hefty amount if the account has enough followers/traffic.

What Does All Of This Mean For The Future?

As life starts to return to normal it remains to be seen whether these trends continue, although many people are certain that they will. Online gambling, for example, saw some of its record numbers during lockdown and as such, even things returning to normal it is unlikely the numbers will dwindle to nothing. As consumers recognise that things like online food delivery and online gambling are easy and social media influencers embrace being able to make money via things such as affiliate links it is likely that this evolving technology is here to stay – and perhaps will grow even more in the near future.  The truth is that as social media gets more interactive and the opportunities around using things like online casinos grow, the technology that makes all of this happen will adapt and grow too. Of course, we’ll see a decrease in some online services as people see a novelty in being able to get back out there and do things but steadily things will calm down and everything will find its even keel.