Corona pandemic affects every sector of the nation. People with low income and medium income came into the below poverty line. According to many rating agencies like moody’s, world bank, Asian development bank, the Gross Domestic Product of the nation will decrease in the next half part of the year by 3% to 5%. Much educated youth lose their job because of lockdown. Poverty is consistently increasing in the nation.

The manufacturing sector of India is always at a low level. Cyclone in the Bay of Bengal virtually affects the agriculture sector (Production sector) of India. At this challenging time, people’s hope towards the Indian government as well as state government is to keep increasing.

However, the Indian government is trying to improve the GDP rate as well as every sector of the economy in India. The Prime minister has announced the Aatmnirbhar Bharat Abhiyan to redevelop the primary sector (agriculture sector), secondary sector (manufacturing sector) of India.

The central government provides financial help to the citizen of India by declaring PM-KISHAN yojana. PM Awas Yojana, PM Jan Dhan Yojana, Rashtriya Swasthya Bima yojana are the example of the scheme that government has already provided to India’s people.

Not only the central government but many state governments are also trying to resurrect the condition of their state. States are declaring various types of schemes that will help the citizen of the country. By communicating the scheme, the State government will provide financial help directly or indirectly. Here we will talk about India’s first declared state after independence that is Andhra Pradesh.

Recently, the Andhra Pradesh government announced the scheme for the children who are going to school. The name of the scheme is Amma Vodi Scheme. Today Under this article, I will give you comprehensive information about this scheme, like the final beneficiary list of the scheme, declared by the concerned authority.

Who can apply in his scheme:

The motto behind declaring this scheme is to increase the education level of the state. This scheme applies to the mother whose children are going to school. This scheme is only for the people of the state of Andhra Pradesh. The state government gave this benefits to all the mother or guardian in the absence of a mother who belongs to below the poverty line to enable her to gave education of their children from class I to XII including all government institutions, a private institution, Private aided and private unaided school, Jr. collages, a residential school in state from the academic year 2019-20.

How to apply in this scheme?

The Andhra Pradesh state government announced a flagship program that is popularly called Amma Vodi Scheme. This scheme is originally a part of the NAVARATNALU initiative. This initiative is designed to provide financial help to mothers whose children go to school and who belong to below the poverty line. You can apply under this scheme by online mode. To utilize this scheme, you have to visit the official website of the government. The official website is given here: jaganannaammavodi.ap.gov.in.

You can visit this portal to learn more about the scheme and apply it to this scheme. You can see the beneficiary list of the scheme on this portal.

Objective To Improve Education level in the state.

Features Of the Scheme:

This scheme is one of the best initiatives of the Andhra Pradesh government towards education. This scheme may improve the education level of the state and literacy in India. However, education is the key to the progress of the nation. This scheme will provide financial help to the mother of the children to study, and their knowledge will make them a very respectful citizen of India. As we can say, the future of India is safe in the hand of today’s youth. To take the benefits of this scheme, you should have t know about the scheme’s features:

The benefit of the scheme:

The seventh-largest state’s (Andhra Pradesh) government announced this scheme to provide financial help to their state’s citizens. And this scheme is also beneficial for mothers and children of the state. Here are some benefits to this scheme:

Essential Document required for the scheme: 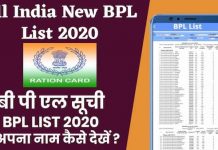 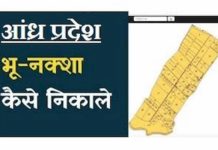