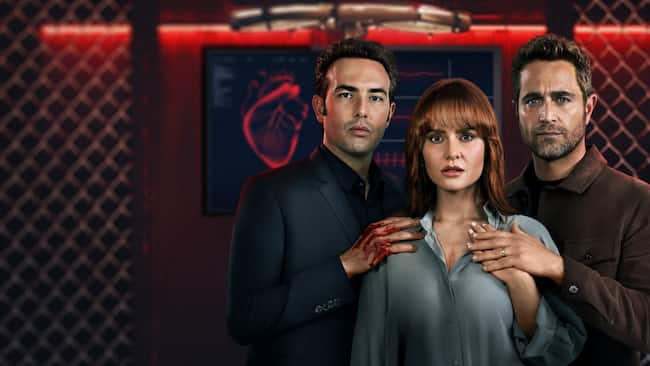 The Marked Heart Season 2 Release Date, Cast, Storyline, and Everything you need to know:

Have you already seen The Marked Heart Season 1? It is also known as Pálpito in Spanish which was released last month i.e. April 2022.

Looking over at the massive success of The Marked Heart Season 1, Netflix has already renewed the season for the second installment.

Season 1 was about a husband whose wife died and her heart was extracted and given to some other woman. All these things happened due to the dirty business of illegal organ trafficking. All these unfortunate turns of events made him quite furious and he seeks revenge against all these wrong-doings.

There is a total of 14 episodes in The Marked Heart Season 1. You can watch it on Netflix and know more about the series. It was released just a month back in April 2022.

Season 1 was released on 20th April 2022 and just within 9 days from that, the series was renewed for Season 2 on 29th April 2022. This is quite something, such massive success within, not even 10 days.

Probably such huge success is the reason behind the quick renewal of The Marked Heart. Such storylines where essential topics have been covered are quite popular amongst fans.

Not just the renewal but also, Netflix has signed a Creative Partnership with The Marked Heart creator Leonardo Padron for the second season.

The ending of the first season was quite the scene where Simon somehow managed and rescued Samatha. There was this whole organ trafficking organization and everything where she was rescued, just on time.

For the storyline of the second season, fans are wondering if Camila will be back with Zacarias. There is no news about who is handling everything for organ trafficking. Fans are so eager to see Simon and Camila together, still wondering if they will meet again, or not.

There has not been even a month passed since the release of the first season, and here we are, waiting for the season 2 release date. The shooting hasn’t even begun yet, but it is official, there will be The Marked Heart Season 2!

Netflix will soon announce the release date along with other important details for the same.