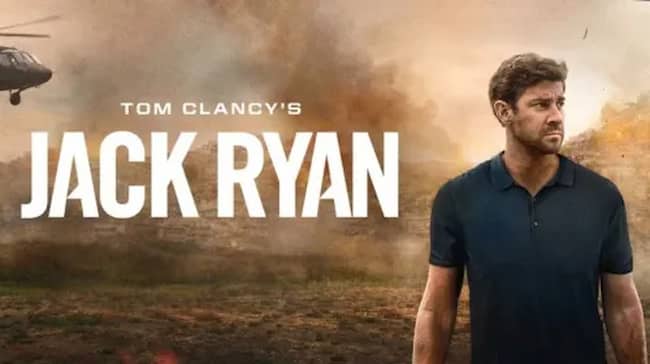 Jack Ryan Season 4 release date, Possible Spin-off, and Everything You need to know:

One of the most popular Amazin Prime Series Jack Ryan might be getting its Spin-off series. Fans are eager for the Jack Ryan Season 3 release as well as season 4.

The shooting for season 3 has been completed for some time and is currently in the works. Soon after the post-production, it will be released from Amazon prime.

Even though season 3 has not yet been released, currently they are filming for the Jack Ryan Season 4. For that, we have some news.

Season 4 is said to be the season when it ends, so it might be the last season. Fans are surely going to be disappointed but there is something that might interest you. There is a possibility of the Jack Ryan Spin-off series.

The talks are currently going on about a possible Jack Ryan Spin-off series with Michael Pena as the leading role. If that is the thing, then he will be announced by the end of season 3. With some new character, he will be added to the series hence he can be in the spin-off.

Why Jack Ryan Season 4 is the last season?

According to reports, Tom Clancy’s Jack Ryan four-season contract is ending with its fourth season. Hence they are now currently working on the 3rd season as well as the shooting of the 4th season is also in the works.

Along with that, Krasinki is also said to have a 4 season contract for Jack Ryan. Hence everything is almost set and will soon be released along with the Jack Ryan Season 3 release.

As we already discussed, Michael Pena might be entered by the end of season 3, and the possibility of him being Ding Chavez is quite firm.

Talking about this character in the story, Chavez is the one who was in the US Army and then went straight to the CIA for extreme missions. He has been on various missions to some of the dangerous places such as Iran, Colombia, and many more.

He has been for now stationed in the UK and he works as an Executive officer of the Rainbox Siz group. Not just that, some of the new cast members are Louis Ozawa from Hunters, Derek Cecil and Nancy Lenehan, and more.