Today’s episode of the serial Yeh Rishta Kya Kehlata Hain is started with the scene of Kartik and KAirav.

Kairav also tells his father that he wants to go to the hospital on the bike. At that time, Suwarna has come and listened to both conversations and says that she gets feared on sitting on the bike.

Then Kairav says that she does not have to come to the hospital on the bike. Suwarna wishes Sirat good luck, and they also said that they hope that they got a good match.

At that time, Surekha asked Suwarna that what the reason is that she does not allow the Sirat to call. Suwarna favors Sirat.

After some time, Kartik and Kairav reached at hosp[ital, and they go for a test. In the hospital, Kairav and Mauri’s test occurred. Meanwhile, Sirat reached the hospital.

By seeing Sirat in the hospital, Kartik gets shocked. Sirat says that she is worrying about Kairav. When Kartik sees Sirat, Kartik asked Sirat that when she will come here.

He also added that today is her match, then why she comes here to the hospital in place of in her match.

In the answer of Sirat, she says that there is time for the match, so she decides to come to the hospital as she is worried about Kairav’s health. 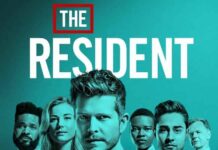 The Resident Season 5 Episode 2 Release Date, Cast, Plot – What We Know So Far