There are World Championships for everything these days, and with the Paralympic Games in full flow, we’re certainly in a sporting mood. Of course, we’re all well aware of swimming, athletics, and the likes of soccer which is kicking off again around the world. But what about the lesser known, more intriguing sports?

There are all manner of weird and wonderful world championships that take place throughout the year, many of which are on TV, or certainly streamed online. So which are the ones you should be tuning in for?

Everyone loves a bit of bingo, and if you’re an advanced bingo player you could even take part in this competition, which takes place in the Caribbean between October 31 and November 7.

While not necessarily a sport, it’s certainly a game that is full of excitement, particularly when the stakes are high. First hosted in 1989, the event has given away millions down the years and is considered the best “bingo tournament at sea”. Although we’re not entirely sure how many more there actually are!

You don’t have to be the “best in the world” to enter this championship, as ultimately bingo is based on luck and everyone has the same chance of winning, which means you actually have a great chance of becoming a World Champion of Bingo yourself.

For those not in the know, black pudding is a type of blood sausage found in the UK, made from pork or beef blood alongside fat and oatmeal or another form of cereal. It’s a staple of the full English breakfast, but in some parts of the country they also like to throw it.

That’s right, the World Black Pudding Throwing Championship takes place every year in Ramsbottom, a village on the very outskirts of Manchester. Held outside the Royal Oak pub, many competitors take part each year, and the crowds get bigger by the year.

Therefore, the aim of this game is to throw three black puddings and knock off as many Yorkshire puddings off a 7.6 metre high plinth as they can. The person who knocks off the most, wins.

The Jumping Frog Jubilee has risen to prominence in the last year or so thanks to recent Netflix documentary We Are The Champions. The Calaveras County Fair hosts the competition annually, and people flock from all over the USA to take part and watch the event.

It’s become a huge sensation, although has been cancelled of late due to the pandemic. It won’t be long before it’s back in action though and we’re all hopping mad for the sport once again. The aim of the contest is to make your frog jump the furthest distance, with the frog leaping furthest becoming World Champion.

Humans must encourage their frogs to jump further and can use a variety of tactics, with the frog then getting three hops, with the distance then measured.

It’s a competition that is firmly rooted in the USA and California’s Calaveras County, while many of the teams competing have passed the tradition through generations. It initially came to wider public attention thanks to a short story by Mark Twain, and ever since more and more events have cropped up, some even heading up north to Canada. Although we’re yet to see a more international offering from this weird and wonderful sport.

Where the Scots have caber tossing, Scandinavia has wife carrying. Originating in Sonkajarvi in Finland, it has a long and interesting history and is said to have first emerged in the late 1800s. There are a number of tales as to how it came about, and they largely are based around the abduction of women.

However, it’s a much friendlier pastime these days, with a series of rules put in place by the Wife Carrying Competition Rules Committee, and abduction isn’t one of them.

The race itself is competed on a 253.5 metre track and includes a series of obstacles the man and woman must navigate through. The woman on the man’s back does not actually have to be their wife, but she must be at least 17-years-old and at least 49kg.

The World Championships take place in Sonkajarvi each year, with a prize of the woman’s weight in beer. However, there are competitions all over the world these days, including the USA, UK, Germany and many other European nations. It is often streamed online too and televised on more obscure TV stations, so why not settle down and watch this quite unique tournament.

The Soapbox Race is perhaps the most widely known event of all in this article and gets heavy coverage on TV around the world thanks to its major sponsor in Red Bull. However, it’s well worthy of its place on this list thanks to its wacky, fun and exciting nature.

With events all over the world and a final World Championship, the event is a time-trial based event in which competitors must race home-made soapbox vehicles down a track, navigating obstacles and ensuring their kit car remains in one piece. There are also points on offer for creativity and performance, so make sure you don’t miss out on them getting into their soapbox too.

There have been some quite extravagant vehicles down the years, as well as some more extravagant crashes and it’s always a great show to watch around Christmas time on television where there are repeats almost every day on television. 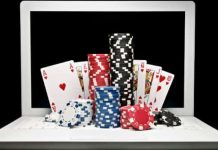 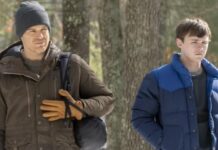 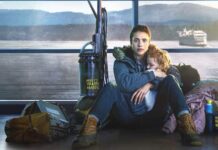