The series Sweet Magnolias Season 1 was announced on 27th September 2018 by Netflix.

There are a total of ten episodes titled Pour It Out, A United Front, Give Drink To The Thirsty, Lay It All Down, Dance First – Think Later, All Best Intentions, Hold My Hand, What Fools These Mortals Be, Where You Find Me, and Storm & Rainbows.

Do not forget to add a bookmark to this website, and visit it daily to read the latest updates and news. Stay tuned for the next update. 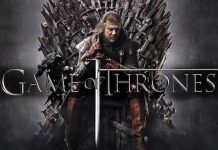