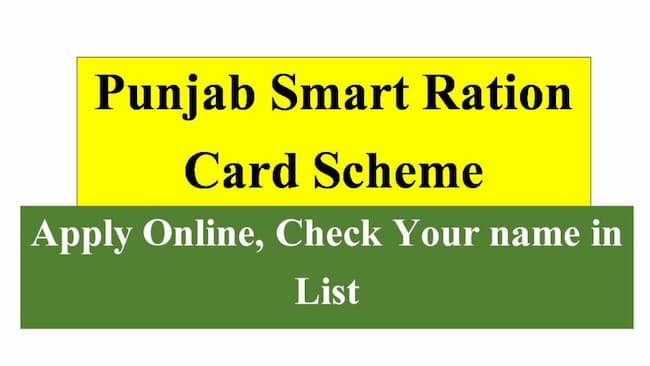 Here, we will talk about one of the schemes that will make the data in digital form. The Punjab government has decided to convert their ration card into a smart ration card. They will implement the concerned process of the smart card scheme.

It is sure that there will be a large number of people who are going to get benefit from this new government scheme. The state government of Punjab is trying to offer some relief to the people residing in the state. So the new Punjab Smart Ration Card Scheme is for the welfare of the citizens.

In this article, we are going to talk about the new Punjab Ration Card Scheme. Not only you will get the information about the scheme but also the benefits of the scheme and how you can apply for the scheme. Let us begin it.

The ration card is one type of identity card used to get the advantage of the Atta-dal scheme. With the use of this card, the people can get various food grains like wheat, chana, dal from the government at a nominal price. The government has decided to distribute this card for the easy implementation of the Atta-Dal scheme.

In this corona time, the financial situation of every person is weak, and they can get some kind of help from the government through the ration card. According to the CM of Punjab, almost 9 lakh beneficiaries will get the subsidized ration from the government.

Use of Smart Ration Card:

Smart ration cards will also use for getting the ration from the fair price shop of the government. The difference is with the use of smart cards, and the person will get the ration through e-PoS machines. If you have a smart card, then you do not need other documents for verification.

The benefit for the government is that they can also deliver all the food grain to the actually needed people. That too without interfering with the middleman. However, through the ration card, The BPL family will also get the subsidized food grain from the fair price shop.