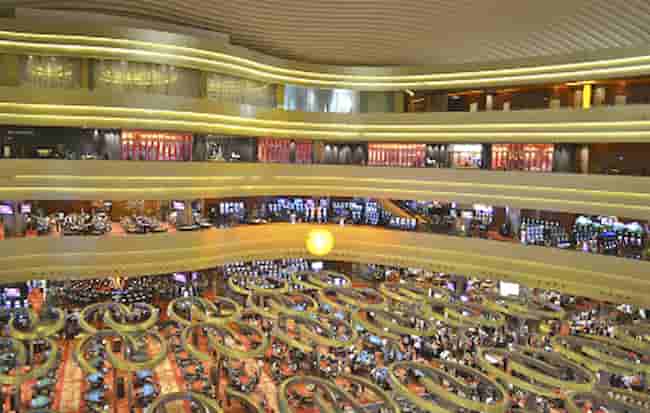 For Asian countries, the financial benefits and social harms of the gambling industry are difficult choices. Therefore, the popular solution is to open casinos only for foreigners and prohibit or restrict native gamblers to play.

The gambling industry has exploded across Asia

The huge revenue casinos bring has caused controversy in many Asian countries. Many Asian countries have rapidly developed to provide people with a need for high-end entertainment. Casinos are a major source of foreign currency, which helps stimulate tourism and develop the economy.

Nowadays, gamblers have many destinations in Asia to satisfy their passion for gambling. However, according to online betting website W88, most of those casinos are for foreigners only, according to French news agency AFP. Some Asian countries like Nepal and Vietnam only open casinos to foreigners, although in Nepal, it is a rule that is often violated by natives.

Singapore – the giant of the casino industry in Asia

Singapore started to allow casino business in 2011. The legal system of this country has very strict restrictions on participants. Gamblers must be over 21 years old, pay an entrance fee of 100 USD for each time going to casinos. These rules filter out low-income gamblers, Singaporeans who have filed for bankruptcy or received long-term national benefits are prohibited.

The state also has the right to increase the entrance fee if the income of the people also increases. However, casino businesses are not allowed to use the fee, but should only perform the obligation to collect on behalf of the State. The state will use these fees to serve social security. However, the consequences that casinos cause for society are increasing. Some Singapore lawmakers are questioning whether the country really needs casinos.

After an official 2011 poll, which showed an increasing proportion of low-income gamblers but plays with large sums of money, the ban was extended since June 2012. It has banned the unemployed and people having short-term benefits from going to casinos. Casinos letting native people play are subject to a fine of up to S $1 million. On the commercial side, Singapore’s two casino resorts have had an undisputed success.

In early 2013, just two years after opening the casino, the Singaporean government amended the Law on casino gambling, which tightened the conditions for its citizens to participate.

Many gambling addicts destroy their homes while related criminal acts like usury are raging. Kim Jin-gon, a former head of tourism under the Ministry of Culture of Korea, said that Koreans must be banned from gambling because of great harm.

Of the licensed casinos in Korea, only the Kangwon Land resort is open to Koreans. This resort is located in a mountainous area just a few hundred kilometers from Seoul, not allowing salaried workers to play all night during working days.

However, there is a high-speed taxi system that quickly takes guests to play. There is an average of 10,000 passengers per day, which is five times more than the capacity. It brings up to 1.2 trillion won, which is worth 1.1 billion USD in a year. This is more than the combined revenue of 16 foreigner casinos in Korea. That data shows that the Koreans are truly fond of casino gambling.

The overcrowding has prompted proposals to open other casinos to Koreans, but the government disapproved, citing Kangwon Land as a project aimed only at reviving the recession economy.

China only allows casino business in Macau and Hong Kong

The Beijing government does not allow casino betting on the mainland. However, opening a casino is a legal business in Macau, Hong Kong. Casino business here is not only an open area for casino gambling but also a complex to organize art activities, conferences, exhibitions, and shopping. China regulated that each person would bring no more than 20,000 yuan, which is equivalent to 3,210 USD, per day to gamble in Macau.

After years of delay, in 2016, the Japanese National Assembly finally legalized casinos. Instead of separate gambling venues, these casinos intend to be part of the resort complexes. The legalization of casino betting was endorsed by Prime Minister Shinzo Abe in 2014. Casino gambling is considered an important part of the economic growth strategy in Japan.

Cambodia, South Korea, Nepal, and some other Southeast Asian countries allow casino business to operate but only for foreign gamblers. In Korea, gamblers are also not allowed to go to casinos for more than 15 days within a month. They must present ID and cannot wager more than 280 USD.

Asian countries have Eastern cultures stemming from Buddhist and Confucian thinking that are not sympathetic to this profession. However, because of the huge benefits from casinos, Asian countries have gradually legalized casino betting with many solutions limiting the social consequences.