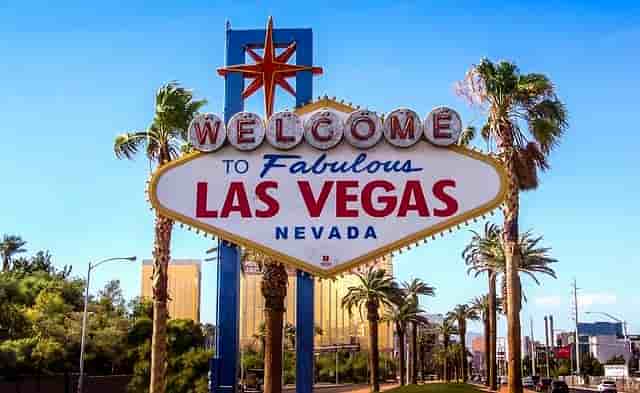 Various TV shows have been set in the gambling capital of Las Vegas over the years. Here is a look at five of the best.

Unlike most Vegas-based TV shows that are set in the city’s casinos, the sitcom LA to Vegas follows the crew and regular passengers of the budget airline company Jackpot Airlines on-route between Los Angeles and Las Vegas. Comedy and tragedy often go hand in hand, and that is exactly what LA to Vegas is about. The stories of the crew and passengers revolve around the themes of hope and disappointment.

Another show set in Las Vegas that manages to avoid the clichéd setting of casinos is the legal comedy-drama series The Defenders. The show involves a couple of defence attorneys who strive to help their clients while attempting to maintain orderly personal lives. It could have been a mediocre show, but it was elevated to new heights by the superb-talents of Jerry O’Connell and Jim Belushi as the two attorneys.

Although the casinos of Vegas have appeared in numerous television shows and movies over the years, most centre on the glitz and glamour. Conversely, the comedy-drama series Las Vegas, which ran from 2003 to 2008, focuses on those working behind the scenes. Set in the fictional Montecito Resort and Casino, viewers follow characters who deal with the ins and outs of everyday casino life, such as restaurant management, valet parking, and security.

In the first few series, Las Vegas mainly focused on Ed Deline, played by James Caan, who was an ex-CIA officer now working as the head of security at the Montecito. Although the series gained a devoted fanbase and was critically acclaimed by many, Las Vegas ended abruptly with a cliff-hanger when NBC cancelled the show, which left many viewers wanting more.

You may not be able to watch more episodes of Las Vegas. But if you are in the mood to play casino games and you are a long way away from Vegas, you can always play casino games online instead. Indeed, with the advent of live casinos, like Casumo casino, players can feel as though they are in brick-and-mortar gambling establishments, as they get to play games like roulette and poker in real-time with real dealers.

CSI: Crime Scene Investigation, also commonly referred to as CSI: Las Vegas was one of the most successful US television shows of all time. The forensic crime drama first aired in 2000 and ran for a staggering 15 seasons.

The original series, which features a cast of stars like William Peterson, Marg Helgenberger, and Ted Danson, follows a team of crime-scene investigators using forensic evidence to solve murder cases on behalf of the LAPD. Although the series is set in Las Vegas, most interior scenes of the series were shot in the studio. But you can see plenty of exterior shots of the streets and landmarks of Las Vegas, and occasionally the cast did shoot on location in Vegas.

The 2005 mini-series Tilt may have only lasted one season, but it was undoubtedly one of the best TV shows set in Las Vegas. Set during the fictional World Championship of Poker competition in Las Vegas, the drama was the second series to be created by ESPN, after the football drama Playmakers. The title of the show refers to the poker jargon of “on tilt”, which means poker players are allowing their frustration and stress to interfere with their judgements.

The majority of Tilt takes place in the fictitious Colorado Casino. The story follows a group of professional poker players who are joining forces to take down the legendary poker player Don “The Matador” Everest, brilliantly played by Reservoir Dogs’ Michael Madsen. Each player has a personal reason for wanting to beat The Matador, including a cop who wants to see Don Everest in jail for killing his brother. Poker fans will love spotting the numerous real-life poker personalities who make cameos throughout the series. They include Phil Hellmuth, David Williams, and Daniel Negreanu.