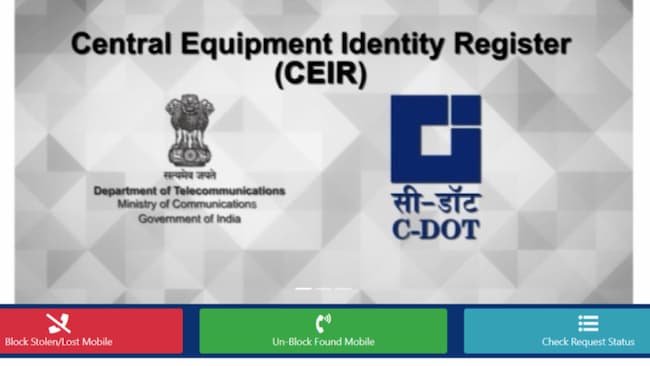 But some time due to a lack of attention, the thief kept the mobile phone. To decrease the cases of a stolen phone, the government takes this step. This is the most important step towards removing the stolen policy of the thief.

With the help of this portal, the police will easily catch the thief. Nowadays, the cases are increased in the police station due to nonsocial people.

About the Central Equipment Identity REgister:

The name of the portal is the Central Equipment Identity Register (CEIR). The portal’s title suggests that the government will make some type of register and the person whose mobile is stolen have to register themselves on that portal.

When your phone is stolen, you have to register the details of your phone on the website of the portal that is ceir.gov.in.

In addition to this, the person should have to file an FIR in the police station. One more thing that the person has to do is he/she have to inform the department of telecommunication through helpline number 14422.

According to the government, IMEI is a 15 digits unique number of every mobile. This unique number will identify the mobile devices all over India. The telecom minister has launched this portal for the stolen phone.

How the CEIR Scheme Helps you to Find your phone: