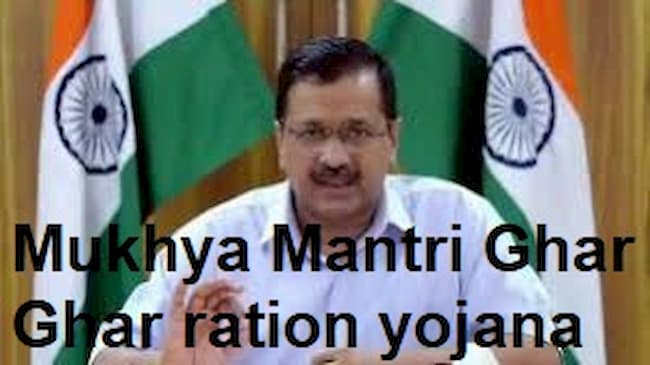 In order to provide so many benefits to the people who live below the poverty line, the government of Delhi state did manage to implement the Ghar Ghar Ration Yojana scheme 2020. Surely, all the people who are going to use the Chief Minister House to Home Ration Card scheme will be able to get the advantage.

One thing is sure and that is no person will have to go to the government authorities. Because the government officials will be coming to your home personally if you wish to use the Ghar Ghar Ration Yojana scheme 2020.

By showing this card, the people can avail of many benefits of the scheme. The government also allows the ration card as identity proof and the proof of below the poverty line level.

Delhi government is announcing many schemes for social welfare. The people of the Delhi state will get help from the government scheme. However, many schemes are only applicable to the people who are blowing the poverty line level.

The objective of the Ghar Ghar Ration Yojana:

With the help of this scheme, the government makes sure to avail of the online services at people’s homes only. The people have to get government service at the doorstep.

The government officials will come to your home, and they bring the proper form for the ration card and fill that form on behalf of the person.

In today’s world, no one has time to go to the government office for such formalities, so that the government has launched this type of scheme in which the people can avail of the benefits of the government service at their home only.

Due to the COVID-19 crisis, the government has implemented a lockdown situation in the nation. So, not every single person has to go out for their work.

However, the government is now implementing the unlocking procedure, but it is advisable that they do not go out without any emergency work. The Delhi government will give the home delivery of ration at people’s homes.

The people should not have to go out to avail of the benefits of the scheme. To get the ration from the fair price shop is a very time-consuming process. But through this scheme, the government will deliver the ration of the people at the doorstep of the beneficiaries.