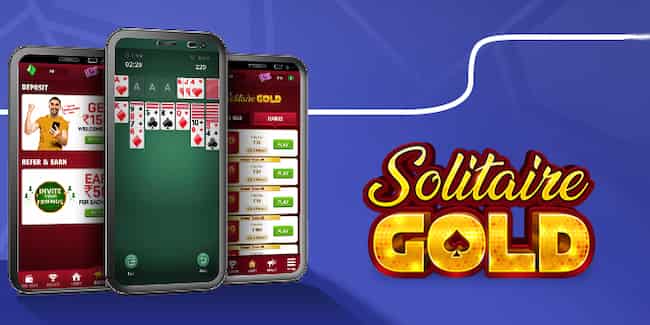 8 Popular Variants of Solitaire You Can Play Online

Online solitaire is the modern version of the traditional solitaire card game that most people have played at some point in their lives. This online version of the game is exciting and fun to play. Given the popularity of solitaire, the game has a lot of variants that players enjoy playing across the world. Read on to learn about 8 popular variants of this classic card game.

Klondike is one of the most exciting variants of solitaire. The game uses a standard card deck of 52 cards. Klondike begins with the cards being shuffled and then 28 cards dealt out onto the tableau in seven piles.

When you play this version of solitaire online, your objective is to arrange all of the cards in the four foundation piles in ascending order from ace to king. The cards must be arranged by suit.

Another popular variation of solitaire, canfield involves the use of 13 cards, which form the reserve pile. They are placed in a stack, with only the card on the top facing up. The first foundation pile is dealt a random canfield solitaire card, which determines the starting value for all the foundation piles. There are only four tableau piles, starting with a single card each.

This leaves the draw stack with 31 cards. The aim is to move the entire stack of 52 cards to the four foundations following a specific order based on the suit.

This is another variant of solitaire card games that is similar to klondike. However, in this version, you can move multiple face-up cards from one column to another even if the group is not in sequence as long as the first card you are moving forms a descending sequence and is an alternate color of the card it is moved onto. For example, a black 7 which has a queen and a 9 placed on it can be moved onto a red 8. The goal is to move all the cards to the four foundation piles by suit, and you begin by moving the aces.

As the name indicates, this version of the solitaire card game has elements of the game of poker. This variant requires knowledge of basic poker hands. The objective of the game is to lay out 25 cards to form a square, 5 cards by 5 cards. You have to make 10 poker hands (5 across and 5 down) and score as many points as possible. There are no tableau columns or foundation piles in this solitaire game.

Accordion can be termed one of the toughest variants among all solitaire games, but players do get opportunities to make the right choices by planning their moves in advance. All the cards of the deck are placed in a row or three rows. Players have to fit the entire deck into one single stack by playing the cards according to solitaire rules.

Pyramid Solitaire is a common version of solitaire that seems exciting because of its simple rules. The setup involves arranging 28 cards in the shape of a classical pyramid consisting of seven levels.

This version is known as golf solitaire because a lower score gets you a better ranking in this version, just like the scoring system followed in the game of golf. The setup involves 35 cards arranged in tableau columns, all placed face up. The remaining 17 cards make up the stockpile. The goal is to remove all the 35 cards by moving them to a waste pile.

Playing online games has become the favorite source of entertainment for today’s generation. Solitaire Gold is the perfect platform for those who love card games and want to play solitaire for real money online. It is a certified, trusted and innovative mobile gaming app that offers players a lot of benefits and exciting rewards. Go for a solitaire game download and enjoy playing the classic card game anytime, anywhere. Win big real cash prizes while enjoying gaming on Solitaire Gold!