Criminal Record Checks for IT Workers

The information technology (IT) sector is one of the most important in the world, and this  situation is sure to continue. As businesses and public bodies across the globe seek to  add value and efficiency to their products and services, almost every private and public  enterprise relies on IT, whether directly or indirectly. As the recent cyber attack on JBS has  shown, even the meat packing industry can be quickly crippled by computer problems.

With this high global profile, IT professionals are among those who most need to be ready  to go where the work is. Although it may seem counter-intuitive, many IT employers insist  on having their staff present at a specific workplace. This means that, if a company  decides to move its HQ from one city, town or even country to another, its workforce has to  be ready to go with it. Against this background, police checks for the territory in question  can suddenly assume urgent importance.

Supply and Demand in the IT Industry

Recent decades have seen employment in IT become outsourced to developing countries.  The Indian subcontinent, in particular, now produces a large proportion of the world’s IT  professionals; in 2020, it accounted for a million cybersecurity experts alone. Demand for  suitably qualified workers comes mainly from the USA, Canada, and the UK. Despite its  geographical size, Singapore is also one of the world’s biggest net importers of IT experts.

As these trends continue, India itself may become a global destination (rather than  departure point) for computer programmers. With one or two notable exceptions, IT  systems do not respect national boundaries; indeed, it is just this transportability that  makes the virtual economy so valuable. However, the fact remains that human beings  remain ultimately responsible for designing and maintaining this economy; and real people  have real histories, some of which make them unsuitable to obtain work in host countries.

The Importance of Honest IT Workers

There are several reasons why workers in the IT need to have bona fide credentials. While  other professions such as healthcare and teaching could be said to be more immediately  potentially harmful, IT is now so prevalent that dishonesty, fraud and bad intentions of any  kind can be massively damaging. Indeed, as crimes in this sphere are physically invisible,  they can be perpetrated over long periods of time before they are discovered; in some  cases, the impact of this damage can be literally incalculable.

Apart from the damage which could affect individuals, the organizations employing IT staff  are themselves vulnerable. Almost inevitably, IT professionals will have access to sensitive  information relating to customers, clients, partners and business practices, disclosure of  which could lead to litigation and much else. More than this, IT workers are often  employed specifically to protect organizations against IT related threats; this in turn makes  IT recruitment extremely attractive to sophisticated organized crime groups.

Levels of Police Checks in IT

There is no standard level of police check for workers in the IT industry. This is partly  because the range of actual professions in the sector is very wide; one major recruiter lists  21 different job titles under the IT umbrella. Against this background, it would be  impractical to assign one level of criminal record check to obtain any particular post in the

There is also the issue of recruitment. Employers, especially in IT, often need good,  qualified staff quickly. To place a blanket disclosure level on all their recruitment would very  likely make the best staff look elsewhere for work, wherever that may be. For this reason,  the standard level of police check applicable to IT work is the “lowest” level, which in the  UK is known as the Basic DBS (Disclosure and Barring Service) Check.

This basic check can be requested by the individual applicant. It includes unspent  convictions and warnings issued by any police agency.

Brexit and Police Checks for IT Workers

For people wanting to move between Britain and the EU to find work in the IT industry, the  long term effects of Brexit are hard to predict. The UK produces a high number of IT  professionals, many of whom have traditionally looked to the City of London for immediate  and future employment; particularly as interns. This being the case, the basic DBS check  is usually adequate to comply with recruitment standards. In the short term at least, this is  likely to remain the case.

One consequence of Brexit, however, could be a shift in concentration away from London  (and possibly the wider UK) to continental Europe for jobs in IT. Native English speakers  have an advantage for IT jobs, as this is widely expected for young IT professionals on the  continent. Conversely, multilingualism is relatively rare among British workers, and the  market IT workers is likely to be more competitive than less in future. This being the case,  having a portable, internationally recognized police certificate could be very valuable.

What Will Covid Mean for IT Applicants’ Eligibility?

International travel is one of the many areas of activity which are likely to be affected by  the ongoing Coronavirus pandemic, and the actions taken by governments around the  world. At least temporarily, what status any given destination has on a particular nation’s  travel list will affect who is likely to want (or be able) to travel to another one. This will have  effects on each country’s desirability as an employer, especially as variants in the virus are  immediately identified with a geographical location.

ACRO police checks provided by CRB Direct are almost as valuable as a visa, especially  for countries which do not actually require one for travel or work. Any IT employer can use  this check for most of their open positions, as these will require basic level disclosures.  With the continually shifting nature of employment in IT likely to be exacerbated by the  pandemic, having such assurance ready is a tool any digital professional would welcome. 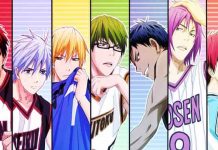 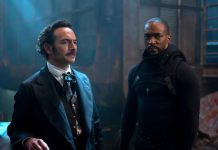 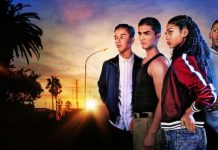